That’s why Neuer “doesn’t want to miss a game” 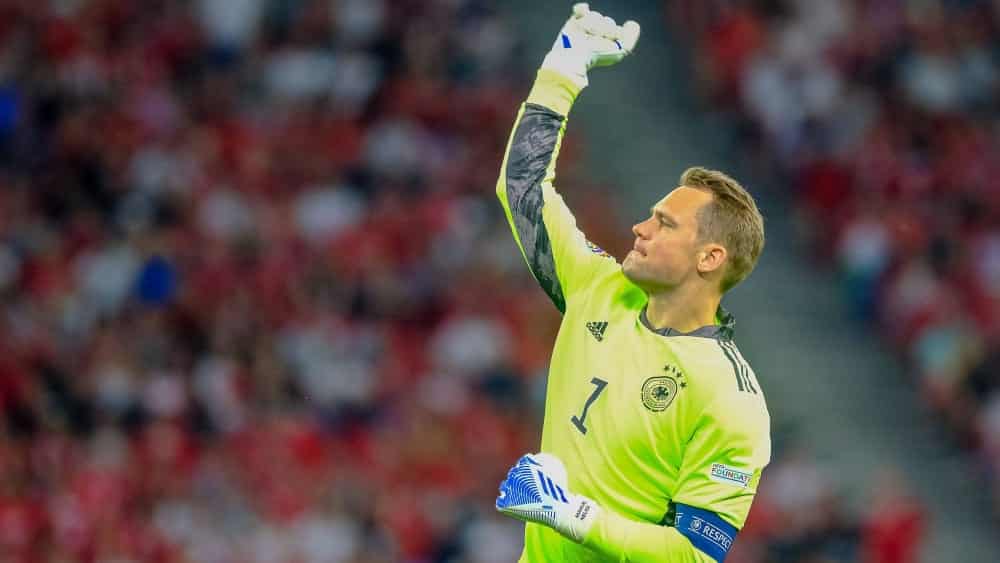 He doesn’t need a breather: if Manuel Neuer (36) has his way, Germany’s number one will also be between the posts against European champions Italy.

The nature of the questions during the media appointments has changed and is almost reminiscent of the final phase under Joachim Löw. Before the departure to Düsseldorf for the final assignment of this international year on Tuesday, the captain took his seat on the press conference podium in the team’s Budapest headquarters – and was challenged to find all kinds of explanations after the first months under Hansi Flick had almost triggered euphoria, but the dampers had increased recently.


Manuel Neuer masters these media assignments like the latest tasks in his core business. Twice the 36-year-old had stood out recently and the national coach knows: “Manu is world class, but when the goalkeeper is the outstanding man, it also always says that something didn’t quite work.” Neuer does not hide this. “We have seen good and bad sides from our team recently. In terms of charisma towards the opponent’s goal, we have lacked something. “

And theirs has not been optimally secured either. Germany have not conceded a goal in any of their last four matches, and against England and Hungary it was only the Bayern keeper who kept the score at 1-1 in the end. On Tuesday in Mönchengladbach, Neuer wants more than a point. And that’s why he’s not even thinking about voluntarily giving up the goal at the end of a long season. “I don’t want to give any of these games away or let them slip away.”

He assures us that it is by no means about making up for the time he missed due to his metatarsal fracture, “maybe I’ll just put that time on the back burner”, it’s about the automatisms. “On the way to the World Cup, we must not miss a game, I want to make my contribution so that we are optimally rehearsed. “

The 36-year-old is well aware that the DFB team still has a long way to go on this road than was generally hoped for after the start of the Flick era. And he also says what’s missing: “We need this shared sense of achievement against a big one.” So that the questions about when it will be enough against a top nation again will stop.

And so that the belief in it is strengthened. “We haven’t beaten a big one for a long time, a win would be very important for us.” And against Italy, Neuer confesses, “it would taste especially good. We have never won against them over 90 minutes in recent years. In 2016 at the European Championship, we needed the penalty shootout. That’s why we really want to go on holiday with this positive experience. “