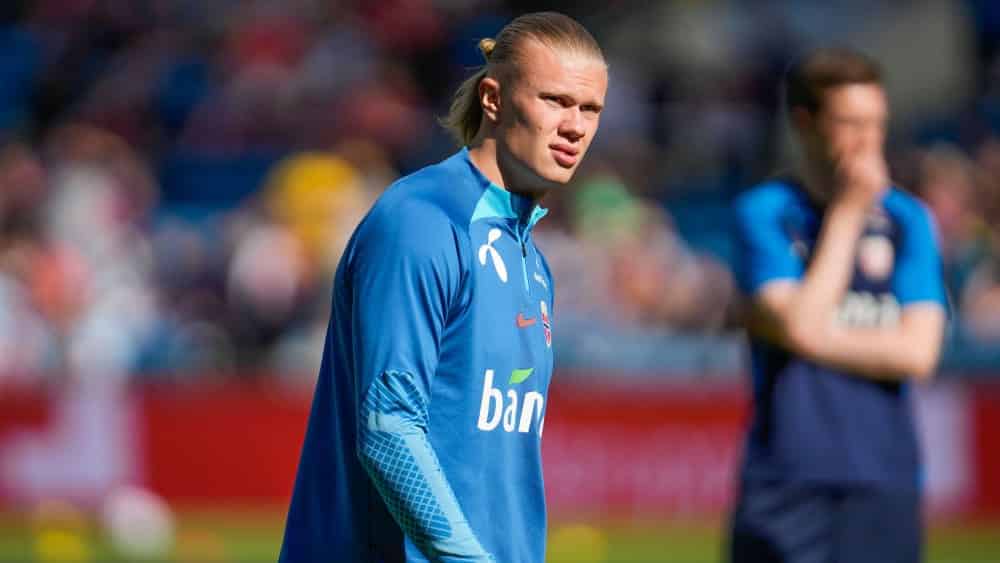 Erling Haaland (21) joins Manchester City – that is now also official. Just like the contract period of the Norwegian.

Haaland, the second. Erling will succeed Alf-Inge from 1 July, the son succeeding his father, who also played for the Skyblues between 2000 and 2003. City made that official on Monday, as well as Haaland’s contract until 2027.

“I was born in England and have been a City fan all my life. This is a proud day for me and my family,” the 21-year-old announced in his first interview on the English champions’ club platforms, activating Haaland’s €75million exit clause.

The Skyblues are also looking forward to signing one of Europe’s most promising strikers, who scored 86 goals (89 games) in two-and-a-half years at Borussia Dortmund. “Erling has everything we want in a striker,” sporting director Txiki Begiristain is quoted as saying. “In the Champions League he showed that he can compete at the highest level and I’m sure he will also come into his own in our system.”

The Citizens have not yet communicated the shirt number of their king transfer, but a hot favourite is already being traded: Haaland’s Dortmund number 9 is occupied by Gabriel Jesus, the 15 once worn by his father would be free.