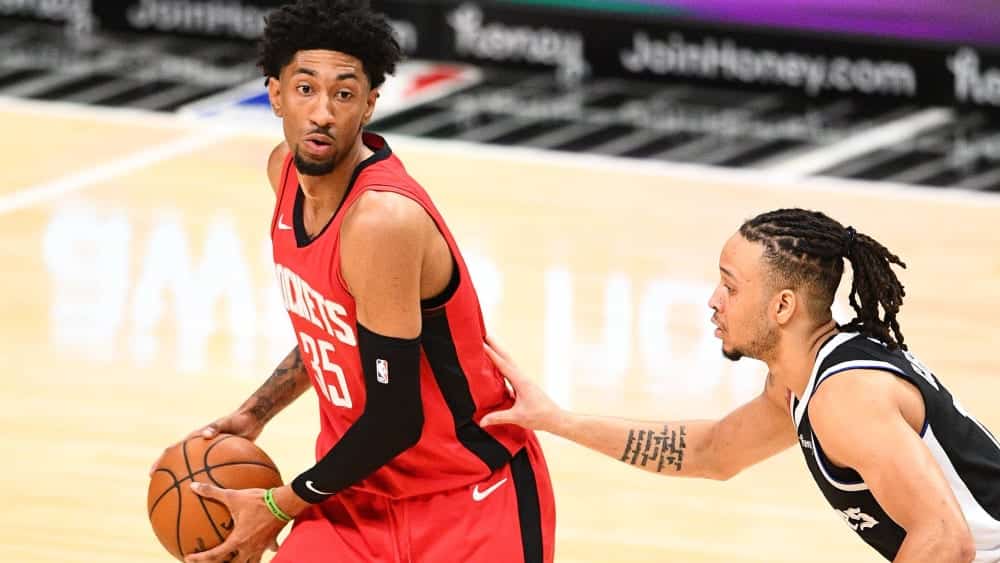 The Dallas Mavericks are working on their squad for next season shortly after the successful play-off run with superstar Luka Doncic. With the first trade of the offseason, the Mavs have secured Christian Wood – even though the deal is still pending.


The Dallas Mavericks made waves in the play-offs. But ultimately, their journey came to an end in the Conference Finals against the Golden State Warriors, who could crown themselves champions as early as Friday night – and the Mavs’ weaknesses were exposed in the process. According to consistent media reports, at least one problem seems to be solved now: Wood is coming to the Mavs from Houston, but the deal is not expected to be announced until the day of the draft.


Luka Doncic gets a new partner under the basket, while “Big Man” Wood decides for Dallas and thus against the rebuild of the Houston Rockets. With the Rockets, Wood attracted attention in the past regular season with an average of almost 18 points and 10 rebounds in 68 games. Wood, who not only has his qualities in the low post but is also a surprisingly good three-point shooter, could get along well with Doncic and his playmaking.

What do the Rockets get in return?

The Houston Rockets, among others also employer of the German guard Dennis Schröder, in turn secure four players on the other side. Boban Marjanovic, Sterling Brown, Trey Burke and Marquese Chriss will be converted into personnel Wood with the 26th pick, which the Mavs are not allowed to trade until the day of the 2022 NBA Draft (23 June). All four did not play a particularly relevant role in the play-offs, but Doncic may well be a little hurt by the departure of Marjanovic, with whom he has a very good relationship on a personal level.

The bottom line is that both sides are getting sensible reinforcements for the future. The Rockets get four players whose contracts will disappear from the payroll next year and also a pick in the upcoming draft. The Mavs, on the other hand, get a big man who could take some pressure off the Slovenian hopeful and provide important scoring for the offence – so on paper it all looks like a win-win trade.