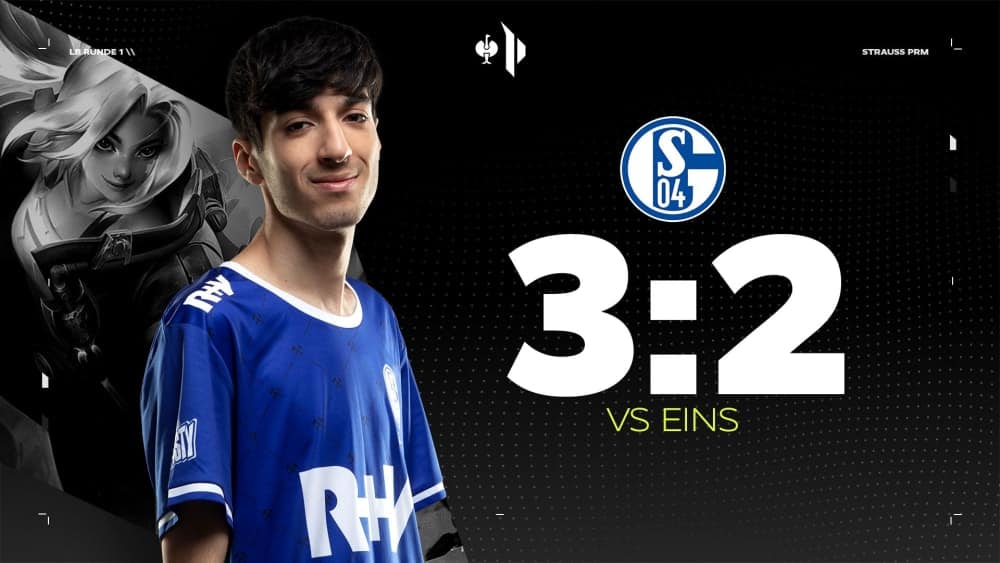 The final dream in the Strauss Prime League Summer Split of the play-offs has been shattered for Eintracht Spandau. They lost narrowly against FC Schalke 04

The Summer Split Final of the Strauss Prime League in League of Legends will take place offline for the first time in 2022 – in Berlin. Eintracht Spandau, the team of YouTuber Maximilian ‘HandOfBlood’ Knabe, had high hopes for a home final. In the lower bracket, they had to play Schalke directly in round one – who ended all of Spandau’s dreams, even though it didn’t look like it at first.


In best-of-five mode, Eintracht took a 1:0 lead. Initially contested, Spandau became more confident and ended the first game after half an hour. But S04 picked themselves up, increased their performance as a result. The Königsblauen repeatedly created advantages in team fights, first equalised after games and then even took the lead.

In the third game the signs were set for a decision, Schalke set the tone until the 30th minute. Spandau fought back and finally turned the tide after successful team fights. In the decisive duel for entry into the next round, the signs were different – it was Eintracht Spandau who gained an advantage at the beginning.

A big confrontation at the top lane finally brought the decision. S04 emerged successful from the fray, not only getting an early buff from the Barons, but also a gold advantage. Outnumbered, Schalke won the fifth game to move on to the next round.

In the end, a close call, as Schalke coach Christos “Lion” Tsiamis summed up in an interview: “Eintracht was well prepared, made good adaptations. It was just form on the day for both teams.” For the Knappen, it’s now all about a place in the final of the Lower Bracket against BIG on 09 August.

F1 22: Crossplay in the course of August