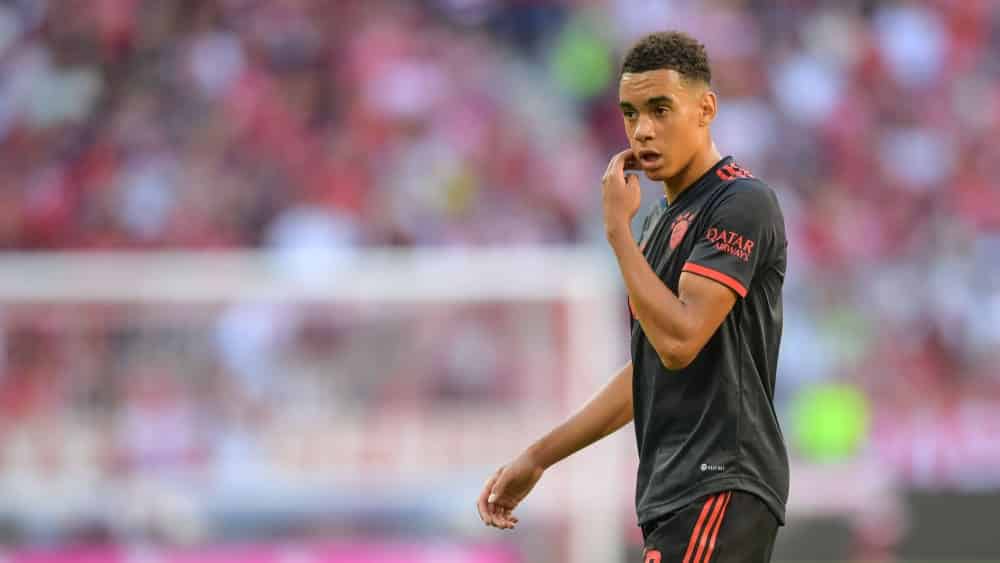 FC Bayern will have to do without international Jamal Musiala for Sunday’s away game at VfL Bochum.

Musiala has suffered a strain in the transition from the hip flexor to the adductors, coach Julian Nagelsmann let it be known on Friday at the press conference before the match in Bochum. Although the ailment is not dramatic, the record champion does not want to take any risks to ensure that the 19-year-old is not out for more games in view of the following tightly packed programme. “It would maybe also go, but we have to be a bit careful that nothing happens there,” Nagelsmann said.

More absences loom for Bayern. “We have a few question marks,” the coach said. “Matthijs de Ligt has a torn ligament in his hand, Serge Gnabry has a bony tear in his wrist, he is wearing a cast and also has adductor problems. Dayot Upamecano has taken a knock on his fibula, so we don’t know yet if he can play,” said Nagelsmann, who summarised the consequences of the personnel situation: “We had planned two changes to the starting eleven, now it might be three.