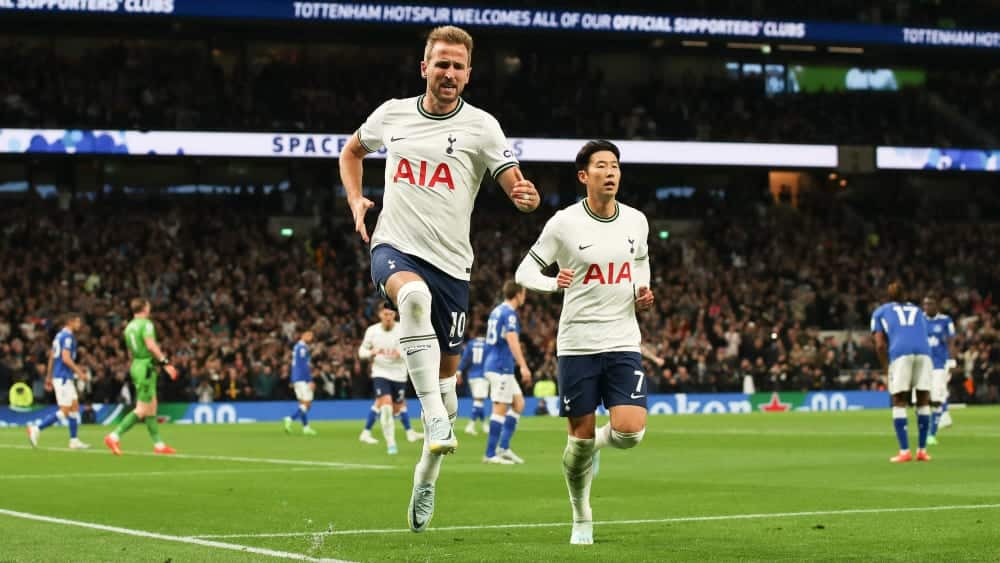 Tottenham Hotspur win their fifth Premier League home game of the season. The Londoners struggled in a 2-0 win over Everton in the first half, then benefited from a Pickford miss to take the lead.


Everton, with Frank Lampard only replacing the suspended Gordon with McNeil in the 2-1 defeat to Manchester United, appeared to have learned the right lessons from their last outing at Tottenham Hotspur Stadium (a 5-0 defeat in March) and focused on their defensive work accordingly.

Spurs, who started in three positions compared to the 3:2 against Eintracht Frankfurt (Doherty, Davies and Perisic for Sessegnon, Lenglet as well as Emerson Royal), had problems to crack the close-meshed defence: Apart from long-range shots, into which an Everton defender repeatedly threw himself, the home side could come up with nothing.

Gray and Onana miss the 1:0

The Toffees were more determined in their attacking play. But Gray, after a long ball from Coady, and Onana, after a miscommunication between Höjbjerg and Romero, lacked the power to score (23rd, 44th), so the game went into the dressing rooms goalless.

Antonio Conte seemed to have found the right words at the break: After the restart, Spurs increased the pressure and inevitably created chances. First, Kane failed with his volley against Pickford, then Son missed the save (53rd).

After Pickford mistake: Kane scores from the spot

The duel between the two England internationals was to take centre stage again in the aftermath. When the goalkeeper let a Doherty shot go, Kane reacted quickly and was then brought down by Pickford – the striker converted the penalty kick with his usual assurance (59th).


After taking the lead, the home side slowed down. They could afford to do so, because Everton remained true to their tactics until the final stages and did not take any risks until just over eight minutes from the end. The penalty followed promptly: After a fine pass from Bentancur, Höjbjerg put the lid on it (86th).

For Tottenham, the chasing game continues on Wednesday. Spurs host Manchester United at Old Trafford (9.15pm). Everton are guests at Newcastle shortly before (20.30).