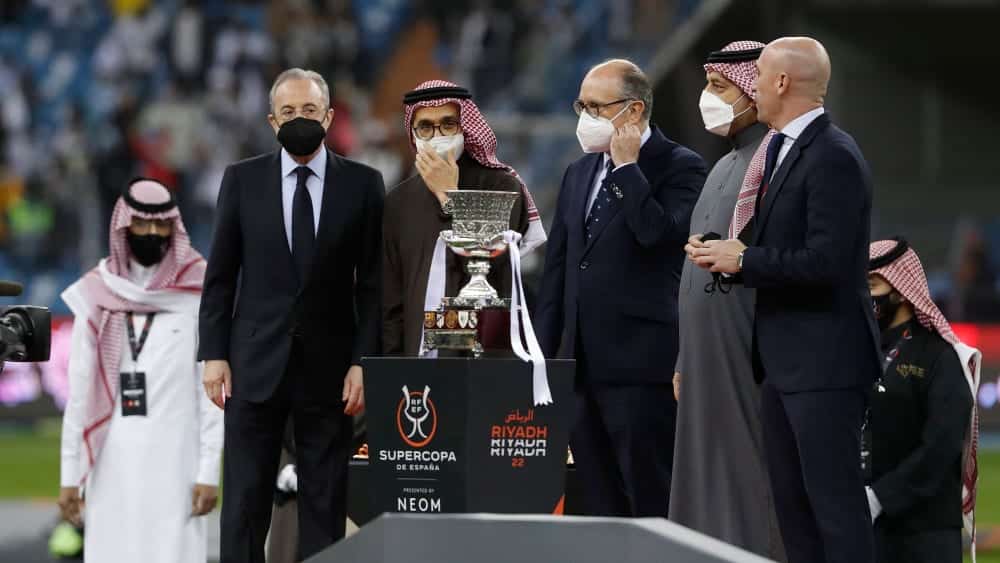 For the third time in four years, the Spanish Supercup mini-tournament will be held in Saudi Arabia.

The Supercopa de España will be held in Saudi Arabia again this year. As the Spanish Football Federation (RFEF) announced on Thursday, champions and last year’s winners Real Madrid, runners-up Barcelona as well as cup winners Betis Sevilla and finalists Valencia will travel to the Saudi capital Riyadh to determine the Supercup winner in a mini-tournament.

The fact that the Spanish Super Cup will be played in Saudi Arabia instead of Spain will bring the Spanish association a lot of money: According to media reports, the RFEF will collect up to 30 million euros per year until at least 2029. The Super Cup already took place in the desert state in the 2019/20 and 2021/22 seasons, in the meantime having to return to Spain for a year due to the Corona pandemic.

In this year’s edition, Real Madrid will face Valencia in the semi-finals, while FC Barcelona will take on Betis Sevilla. The semi-finals will be played on 11 and 12 January, with the final taking place on 15 January.