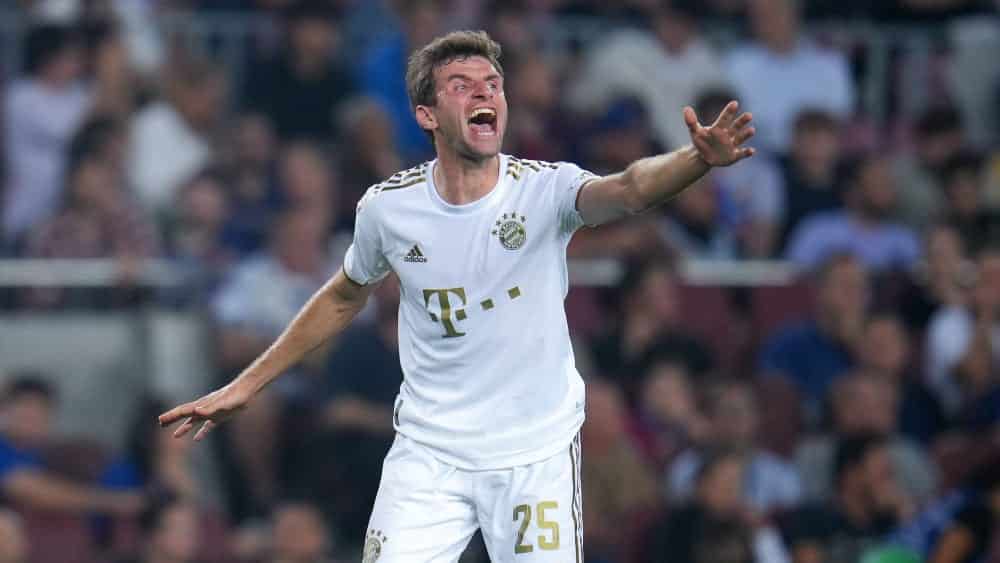 Thomas Müller (33) has to work hard to regain his place in FC Bayern’s starting eleven. The national player on an unusual phase.

Thomas Müller travelled to Barcelona with a bit of a fighting message, even if he didn’t want to make it out as such. “Lewy, we’re coming,” Müller had jokingly said at Munich airport in a video posted on Instagram. “I just wanted to let you know that we’re on our way,” he clarified some 30 hours later in the belly of the Camp Nou – with a smile, of course.

The mood is good at FC Bayern after the 3-0 win in Barcelona, even for Müller, who for once could contribute little to the fifth win in the fifth group game, the fifth group win in a row. The veteran had come on as a substitute for goalscorer Eric Maxim Choupo-Moting after around an hour, having missed the weekend with a stomach bug and, according to coach Julian Nagelsmann, was “pissed off” at being out again.

Team in flow, Müller on the bench or sofa

While the team is playing itself into a flow, Müller is mostly watching from the bench or the sofa. He missed all of the last three Bundesliga wins, plus the first leg in the Champions League against Pilsen. Sometimes because of back problems, then because of Corona, then a cold. “I’m just stopping around,” Müller explained, disillusioned and wearing an FFP2 mask. “I’m used to my body working. It’s only been doing that in stop-and-go mode for the last few weeks, which is of course not satisfactory, that’s for sure. “

Such phases, although Müller hardly knows them, are part and parcel of being a professional athlete. “And when the team performs like this, it doesn’t matter.” After the front quartet around the triple assist provider Serge Gnabry functioned perfectly in Barcelona, Müller might only watch from the bench again on Saturday against Mainz.