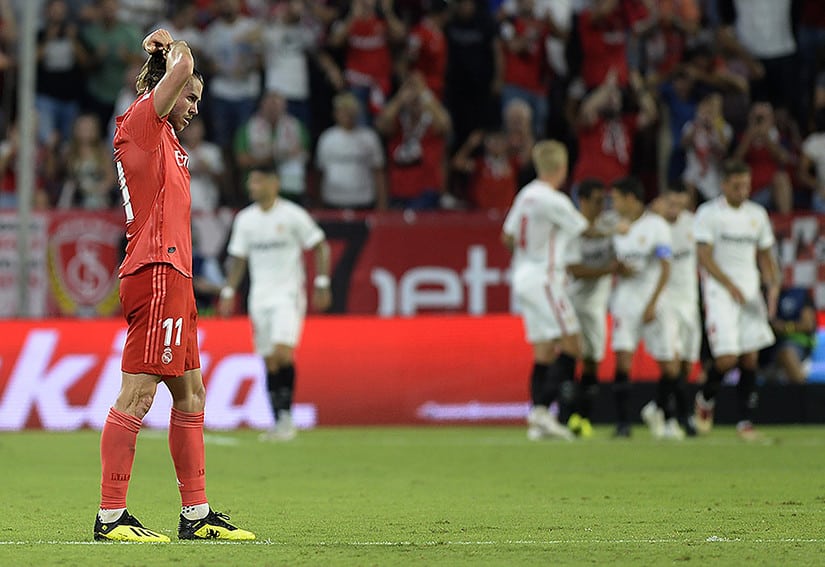 Wednesday made LaLiga interesting again, at least for the time being. First, Barcelona suffered a shock defeat to Leganes (1-2). Then, Real Madrid was crushed by Sevilla at a raucous Ramon Sanchez Pizjuan Stadium. 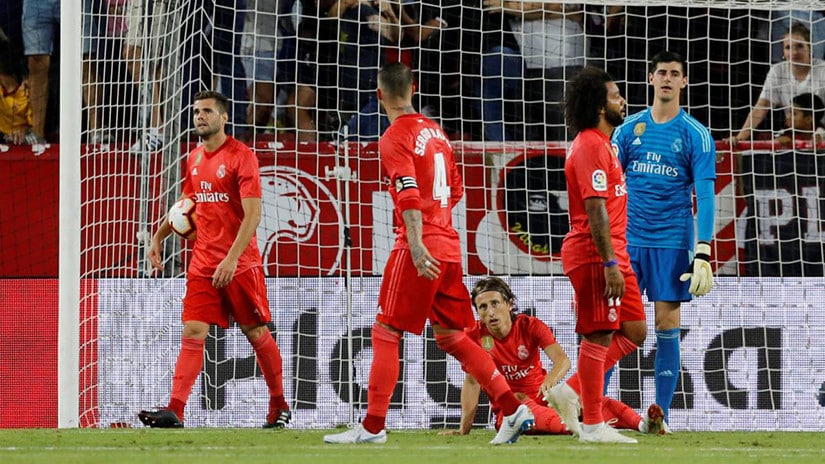 When Barcelona lost to Leganes, everyone thought the door opened up for Real Madrid to take over pole position in LaLiga. Except for Sevilla. The Andalusians came out flying on Wednesday night. Los Blancos, who were wearing strange-looking red uniforms, didn’t know what hit them. 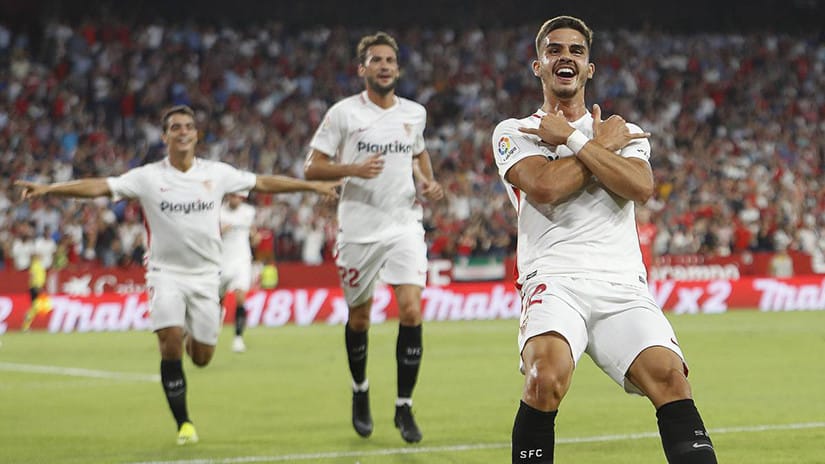 Sevilla took the lead in the 17th minute when a lazy pass by Marcelo was intercepted at midfield and led to a quick break on the other side. Jesus Navas entered the box and found Andre Silva with a backward pass. The Portuguese striker was unmarked and scored with ease. Four minutes later, it was already 2-0. A Real corner kick led to a Sevilla counter attack. Jesus Navas was in the center of attention once again. He flew down the right side and tried to beat Courtois. The Belgian keeper made the save, but the ball rebounded right to Andre Silva, whose cool finish gave him his second goal of the contest.

Both Bale and Fran Vazquez hit the woodwork before a looped ball following a Sevilla corner kick came to Wissam Ben Yedder in the 38th minute. He avoided an offside trap and buried the ball past Courtois to make it 3-0. In the second half, Luka Modric scored what appeared to be a regular goal, but VAR reviewed it and determined he was centimeters offside. Later, Gareth Bale failed to capitalize on a one-on-one opportunity with Vaclik, a moment which summed up Real Madrid’s awful night. It got only worse when Marcelo pulled up with a hamstring injury and had to leave the pitch with 15 minutes remaining, leaving Real with ten men since Lopetegui had used up all his substitutions. 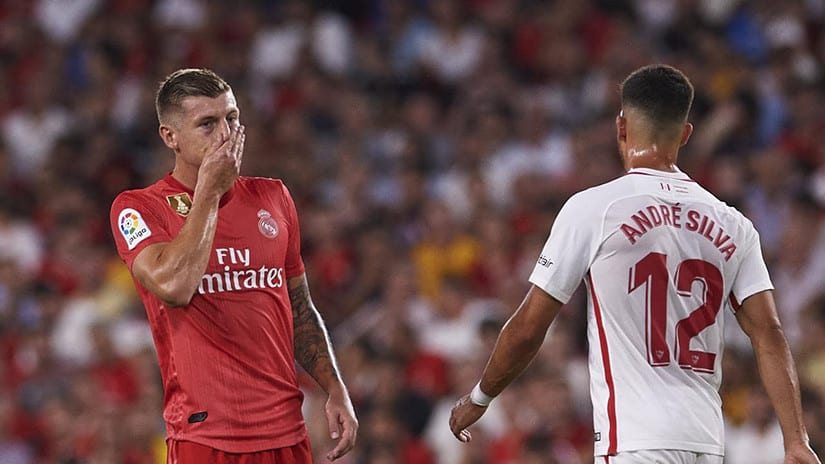 The loss was Real Madrid’s 10th at Ramon Sanchez Pizjuan Stadium since 2000. Los Galacticos have lost more LaLiga away games against Sevilla than against any other side in the 21st century (10).

Real Madrid and Barcelona lose on the same day

It is something which happens very rare. The last time Real Madrid and Barcelona lost on the same day was back in January 2015, when Los Blancos lost to Valencia (1-2), while the Catalans were defeated by Real Sociedad (0-1).

Madrid derby coming up this weekend

Their losses are Atletico Madrid’s gain. Los Colchoneros beat Huesca (3-0) and have a chance to jump ahead of their rival with a city derby win at Santiago Bernabeu on Saturday night. Julen Lopetegui has some work to do ahead of that clash if he wants to avoid a similar faith to the UEFA Super Cup one.