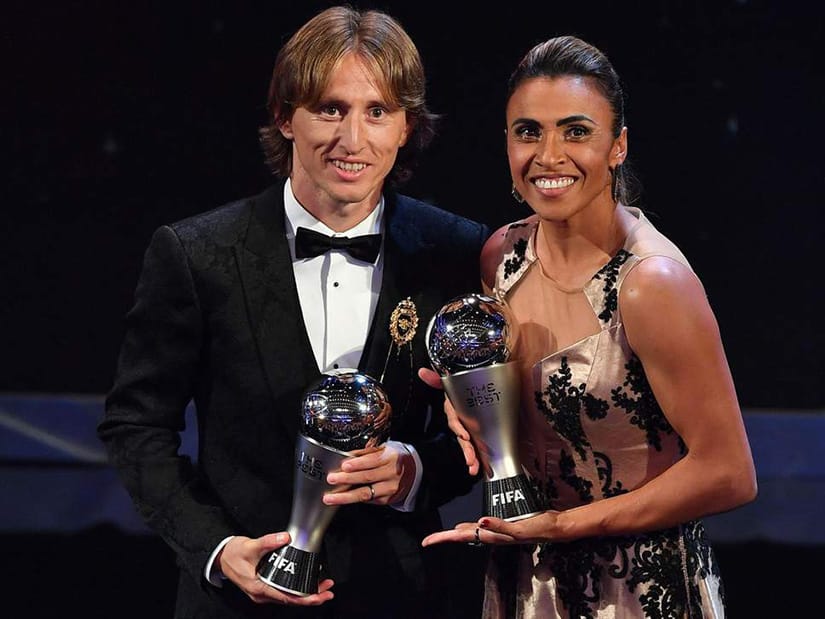 In The Best ceremony in London, Luka Modric claimed the FIFA player of the year award ahead of former teammate Cristiano Ronaldo and Liverpool star Mohamed Salah, while 32-year-old Brazilian Marta reclaimed the female version of the trophy for the first time since 2010.

Luka Modric had a fantastic season for both club and country and he’s reaping the rewards for it. Last night, he added another accolade to his trophy case by lifting The Best Fifa Men’s Player trophy.

“This trophy is not just mine, it’s for all my Real Madrid team-mates, for all my team-mates from the Croatia national team, for all the coaches that I have played for,”

“Without them this would not be possible and thank you a lot to them. This trophy is also for my family, without whom I would not be the player and person that I am.”

The 33-year-old Croatian midfielder won the Champions League for the third time in a row with Real Madrid and then captained his national team to a World Cup final, where they lost 4-2 to France. He previously won UEFA’s Player of the Year award and is tipped to win the Ballon d’Or as well. 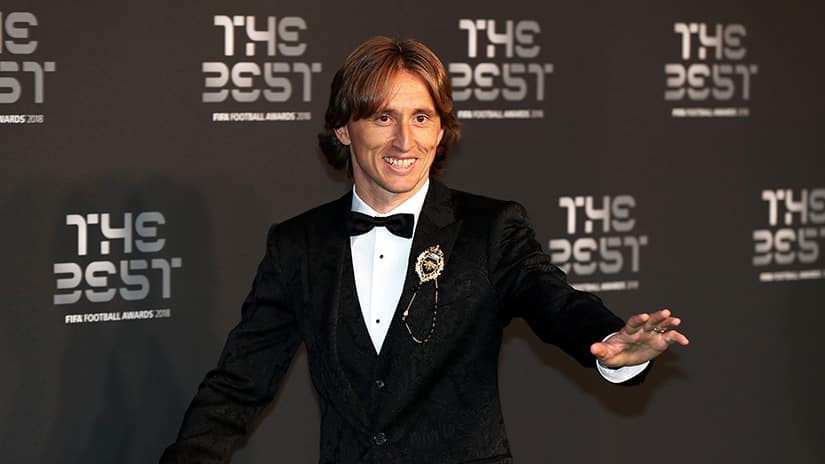 Meanwhile, Marta, who had won the award on five previous occasions, had a remarkable season for Orlando Pride, earning herself the first FIFA women’s player of the year award since 2010. She finished ahead of Lyon teammates Ada Hegerberg and Dzsenifer Marozsan.

British actor Idris Elba co-hosted the ceremony which saw Thibaut Courtous and Sergio Ramos win the best goalkeeper and defender awards. Ramos was also voted in The Best XI, equalling Andres Iniesta as the Spaniard with most such achievements.

“…this is my ninth award and it is a privilege to equal Iniesta. We are the Spaniards who have won it most, it is an award for effort and it is worth fighting for.”

Didier Deschamps was voted coach of the year, while Mohamed Salah won the Puskas Award for the year’s best goal – a Merseyside derby strike against Everton in which he weaved through multiple Everton defenders before curling the ball into the top corner. The Egyptian’s goal beat out Gareth Bale’s and Cristiano Ronaldo’s Champions League overhead kicks.

The FIFA World Player of the Year award was last awarded as a separate trophy back in 2009. In 2010, FIFA and France Football struck a partnership deal to merge the two coveted prizes and the award became known as FIFA Ballon d’Or. The contract lasted six years. FIFA decided against renewing the deal, meaning Ballon d’Or lost its “FIFA” tag and reverted back to being voted for by journalists as a separate award. Instead, FIFA created its own The Best awards.