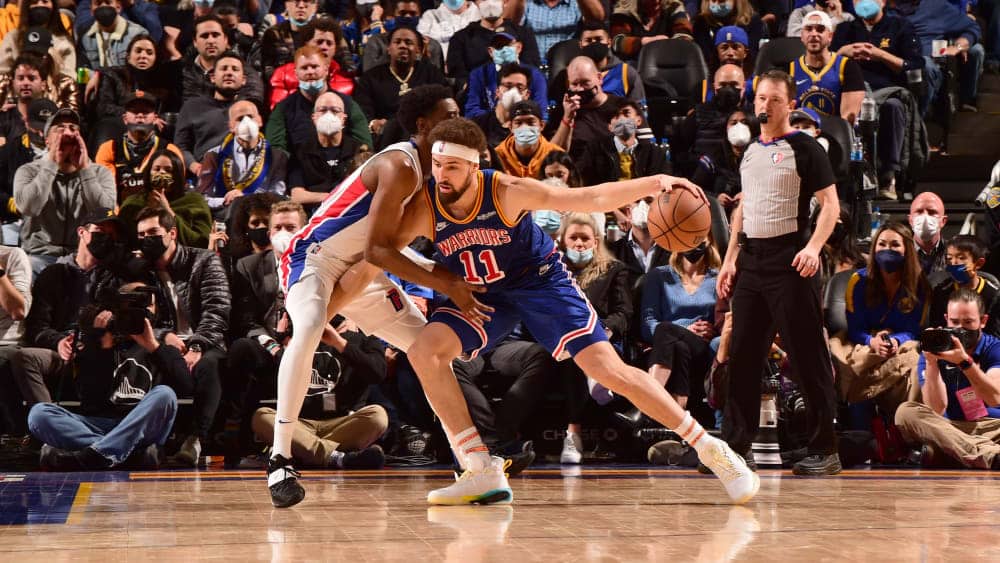 The Golden State Warriors have won again after their weak phase. Klay Thompson set a season best performance. The NBA on Wednesday morning.

It has been up and down for the title contender lately, but in the home game against the cellar child Detroit Pistons the Golden State Warriors landed a clear and deserved victory. Stephen Curry’s team won 102-86 (66-38), mainly thanks to a strong performance by returnee Klay Thompson.

The second “Splash Brother”, who recently celebrated his acclaimed comeback after a long injury break, set a season best with 21 points, Curry also did not let himself down (18 points, 8 assists).


Golden State consolidated second place in the Western Conference behind the Phoenix Suns, who have two more wins to their name. The Warriors now have six more home games in a row.

In the only other game of the day, the Minnesota Timberwolves narrowly won 112-110 at the New York Knicks. Closer to home, T-Wolves centre Karl-Anthony Towns (20 points), who hails from nearby New Jersey, made a three-point play just seconds before the final siren to clinch the win for the visitors. Anthony Edwards was the top scorer for Minnesota (22-22) with 21 points, while the Knicks fell to 22-23 despite Kemba Walker’s strong comeback from knee injury (19 points, four threes).