HomeBundesligaSchultz: "Time to celebrate is at the weekend"
Bundesliga 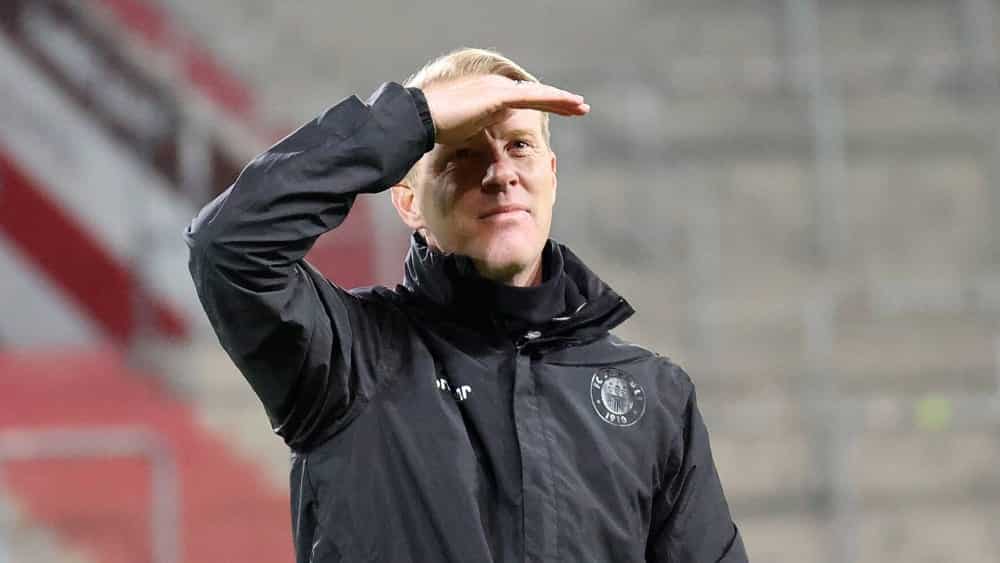 The fact that not all St. Paulians had reason to celebrate on Tuesday evening was something like the icing on a special day.

The 2-1 cup triumph against Dortmund was accompanied by news that could be significant with regard to the city derby next Friday: Daniel-Kofi Kyereh has surprisingly dropped out of the Africa Cup with Ghana – and is thus back much sooner than expected. Already for the game against HSV?

Schultz: “Personally, I’m sad for him “

Timo Schultz had to accept many congratulations until shortly before midnight. The fact that he didn’t have to pass any on to Kyereh was something he could get over. “Personally, I’m sad for him,” said St. Pauli’s coach about the 2:3 against the Comoros, “Ghana certainly wished it differently, but I make no secret of the fact that I’m not unhappy about it from a purely sporting point of view. We now want to make sure that Kofi comes back quickly. Maybe it will work out for the derby. “

One thing is clear: The coach was better able to cope with the absence of his playmaker against Dortmund than he had been in the 2-2 draw against Aue. One reason: Against the top favourites, St. Pauli were not required to determine the action themselves for the first time this season. The other reason: Schultz chose the appropriate recipe for the changed conditions, deploying the strong running Jackson Irvine as a ten in a rhombus that shifted to a 4-4-2 with a double six when the opponent had possession of the ball. “It was a slightly more defensive tactical variation, this system adjustment makes us more flexible.” And it also worked because Marcel Hartel and Finn Ole Becker did an outstanding job in the half positions.

Becker, back in the starting eleven for the first time in a long time, was one of the main performers, as was Etienne Amenyido. The attacker, who arrived from Osnabrück in the summer, was trained in the youth of Borussia Dortmund and had a difficult start in Hamburg with long-lasting Achilles tendon problems. Last weekend he saved St. Pauli a last-minute point against Aue with his joker goal, and now on Tuesday he showed how valuable he can be with his athleticism and finesse alongside Guido Burgstaller from the start. “Eti is highly talented,” Schultz enthuses about the scorer of the 1:0, “but he also has a way to go.” The 44-year-old is sure that he will take it, because: “He is very hard-working, wants to get ahead. We will still have a lot of joy with him.”

The joy about the course of a once again memorable evening was already great on Tuesday. However, it did not lead to exuberance. Schultz did not promise his cup heroes a party or even a day off. “Time to celebrate,” he announced, “is at the weekend. That’s why we have this derby.” It should give St. Pauli the next day of celebration.