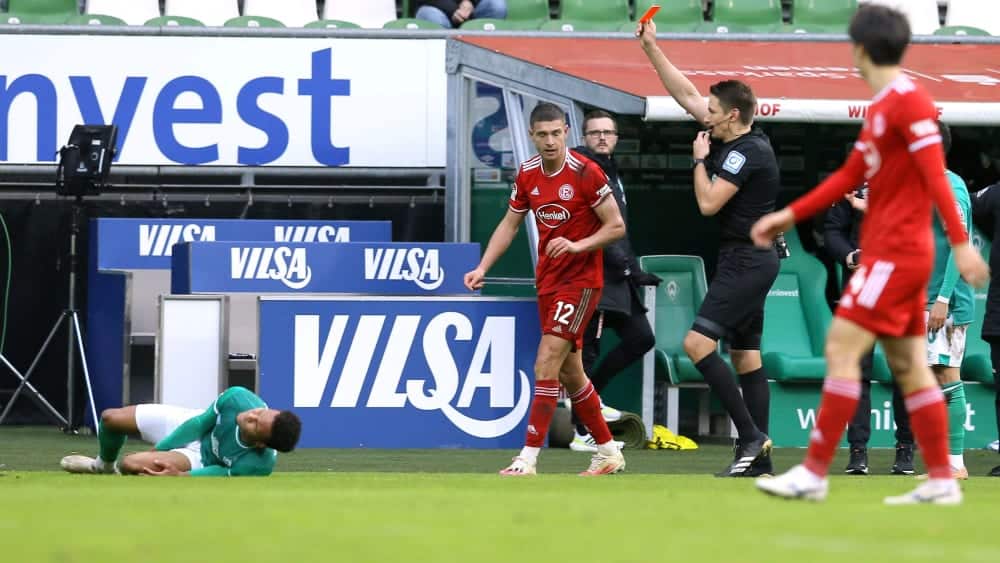 Fortuna Düsseldorf will have to do without Kristoffer Peterson for the next three games. He had seen red against Werder Bremen.

The Sports Court of the German Football Association pronounced the sentence against the Fortuna left-winger on Wednesday. Peterson had been sent off with a red card in the away game at Werder Bremen on 15 January after committing a foul on Felix Agu in the 58th minute.

Now he will miss the next three championship games for the Rhinelanders, who have agreed to the verdict. The Swede will thus be available to Fortuna for the first time again on 20 February in the home match against FC Erzgebirge Aue.