HomeFootballScandal over two too early whistles - Tunisia's players already in the...
FootballFootball News

Scandal over two too early whistles – Tunisia’s players already in the ice bucket? 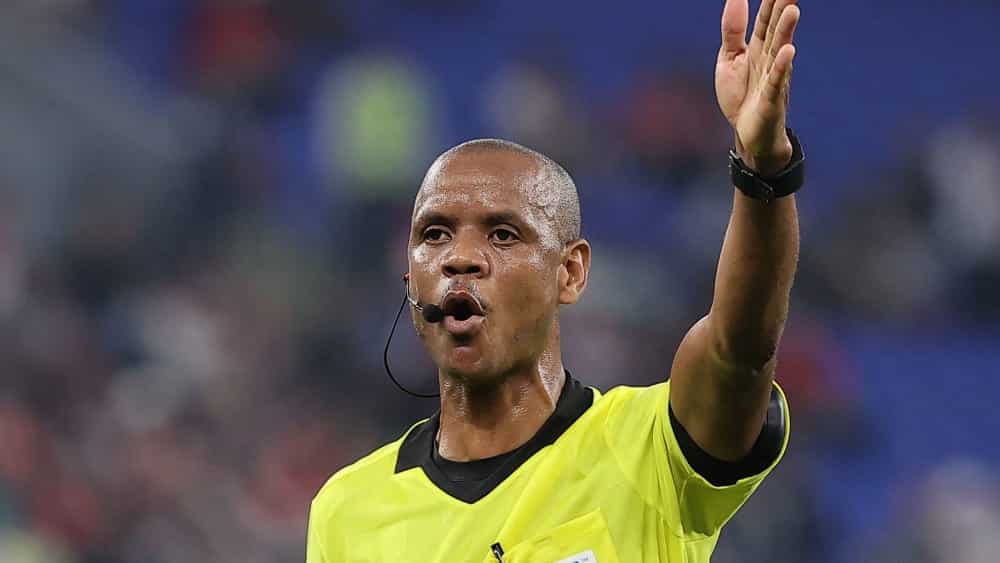 It was clear that there would be repercussions. Since Zambian referee Janny Sikazwe blew his whistle twice too early in the Africa Cup clash between Tunisia and Mali (0:1) on Wednesday, everything now points to an appeal by the Tunisians. They did not return to the field.

Zambian referee Janny Sikazwe caused a scandal with two bizarre decisions in the preliminary round match between Tunisia and Mali. The 42-year-old referee blew his whistle twice in the Group F match – and both times too early.


First, the referee blew his whistle in the 86th minute when the score was 1-0 to Mali, but then realised his mistake after protests from the Tunisian side, apologised and allowed the match to continue with a dropped ball. The final whistle blew at 89:45 minutes in Limbe, Cameroon, 15 seconds too early – no injury time, nothing. This was despite the fact that Mali midfielder El Bilal Touré had been shown the red card in the 87th minute and the game had been suspended for quite a long time due to VAR intervention.

The result: angry protests from the Tunisians, winners of the 2004 Africa Cup, with coach Mondher Kebaier frantically waving his watch in front of the officials. The team had to leave the pitch under the protection of security forces in the face of the anger of the “Eagles of Carthage”.

About half an hour later, with the press conference already in full swing with Mali’s Mohamed Magassouba, play appeared to resume. The coach was informed by the officials, rose from his chair and strode back inside. His charges, led by Bundesliga professionals Amadou Haidara of RB Leipzig and Diadie Samassekou (TSG Hoffenheim), also returned to the pitch to contest the final seconds of normal time and possible injury time.

However, the Tunisians with Cologne’s Ellyes Skhiri stayed in the dressing room, nobody came – which could indicate a protest. So the match was not continued after all. And Malis Magassouba went back to the press conference, unnerved.

“In 30 years in this business, I’ve never seen anything like it,” national coach Kebaier raged afterwards. “His decision is inexplicable. We’ll see what happens now.” In any case, when the command came to return to the pitch, his players had “already been in the ice baths”, which is why the game was not restarted.

Incidentally, this was not the first time Sikazwe’s name had come up in a continental competition: the referee had already been suspended once after an African Champions League match for “suspicion of corruption”, according to a statement issued by the continental association CAF at the time. However, the suspension was lifted again due to a lack of evidence.