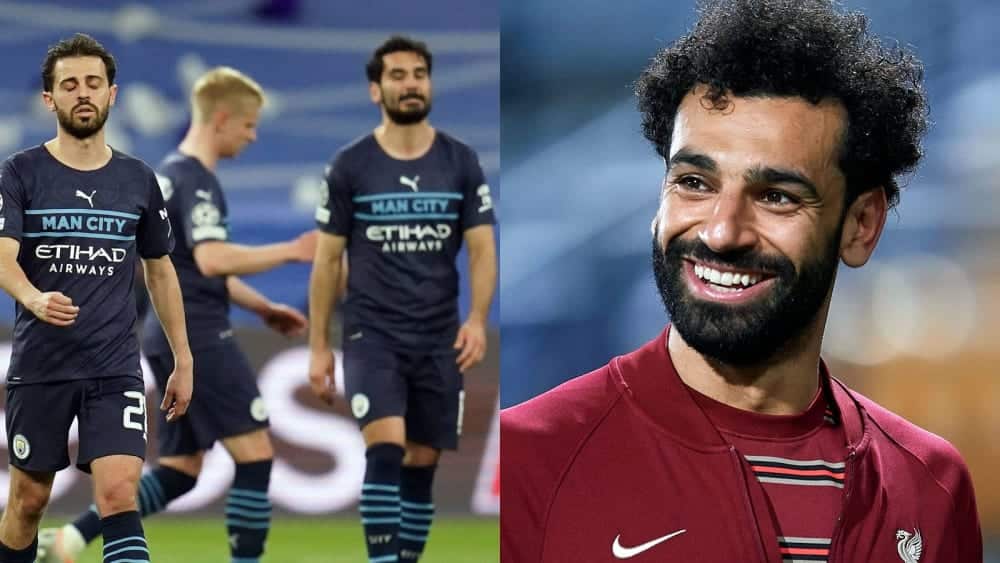 Liverpool FC are doing it all right now – winning games they’re not even playing in. At least Real Madrid weren’t the only winners in their 3:1 n.V. against Manchester City on Wednesday night.

While Jurgen Klopp’s side continued to internalise their sense of invincibility in a 3-2 comeback win at Villarreal, ManCity head into their season finale badly battered. With implications for the Premier League title race?

Is “a day or two” really enough for ManCity?

“Yes, it’s tough for us, we can’t deny that,” Pep Guardiola admitted after another Champions League semi-final exit in Madrid. “We were so close to reaching a Champions League final. We will need time now.”

ManCity’s coach spoke of “one or two days”, but he can ill-afford much more than that publicly: as early as Sunday (5.30pm), his side must defend their one-point lead in the league over Liverpool, who host Tottenham on Saturday night (8.45pm).

The fact that his professionals have an energy-sapping extra period in their legs, while Klopp was able to make energy-saving changes at the end in Villarreal, is still the least of Guardiola’s problems. “They are sad,” the Catalan said of them. “They felt the pressure.”

For some of them, the Champions League is slowly becoming a trauma. And even if no one at ManCity says it openly: the handle pot was once again the season’s goal. “We will get up again,” Guardiola announced, but the psychological advantage in the Premier League final now clearly lies with the Reds.

The fact that their Champions League final opponents are now Real Madrid made them all the more sneaky winners on Wednesday. “We have a score to settle,” Mohamed Salah tweeted belligerently later that night. No Liverpool player has forgotten the bitter final four years ago (1-3); the Egyptian, then taken off early by Sergio Ramos, least of all.

Even before ManCity’s second leg at Real, Salah had declared, without a care in the world, “I want to play against Madrid.” And because Liverpool are doing everything right now, of course that worked out in the end too.