Saka scores Arsenal to win away at Aston Villa 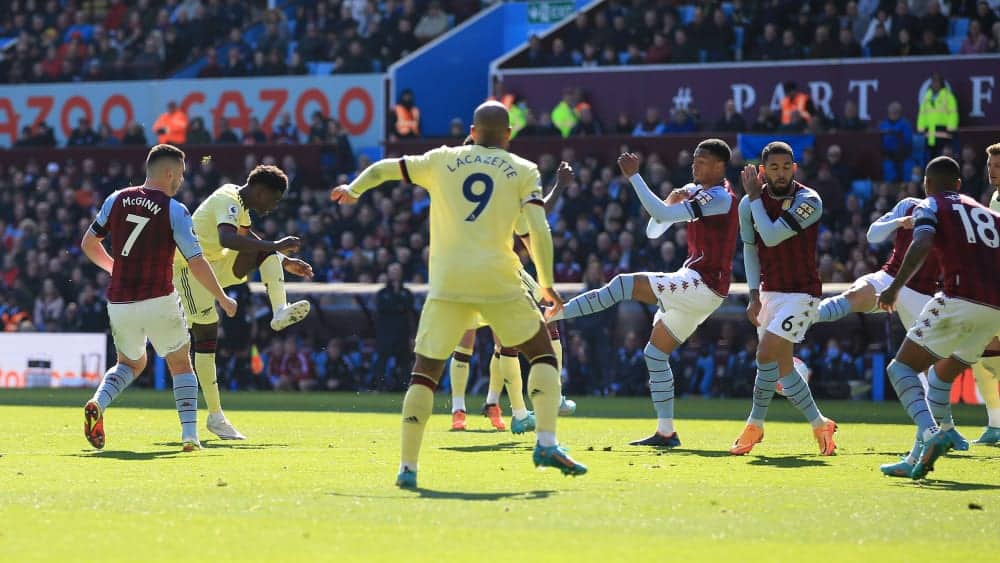 Just 60 hours after their 2-0 defeat to Liverpool, Arsenal FC deserved three points in a 1-0 win at Aston Villa, thanks to a strong performance before the break and a battling performance after the break.

Only 60 hours after the 2-0 defeat to Liverpool FC – a fact that Mikel Arteta clearly complained about – the Spanish coach made changes in two positions at Arsenal FC: Instead of keeper Ramsdale (hip injury), Leno (100th Premier League game in the starting eleven) started in goal and Smith Rowe replaced Gabriel Martinelli, who was ill.

The Gunners dominated large parts of the first half thanks to fast and direct play. While Martinez had a great reflex save on a cross from teammate Konsa to prevent an own goal (10th), the Villa keeper was unable to prevent the deficit in the 30th minute: Saka scored from the edge of the box to give Arsenal a deserved lead at the break.

After the change of ends, it took a little while for Villa to gradually generate more pressure themselves and press the Gunners more. A shot by Watkins, deflected by Tierney, landed at the far post (68th). But despite some efforts in the closing stages, Villa were unable to create clear-cut finishes and Arsenal deserved the three points with solid defensive work. The Gunners thus consolidated their position in fourth place and took another step towards Champions League qualification.