Rodinei ice-cold from the spot: Flamengo cup winners for the fourth time 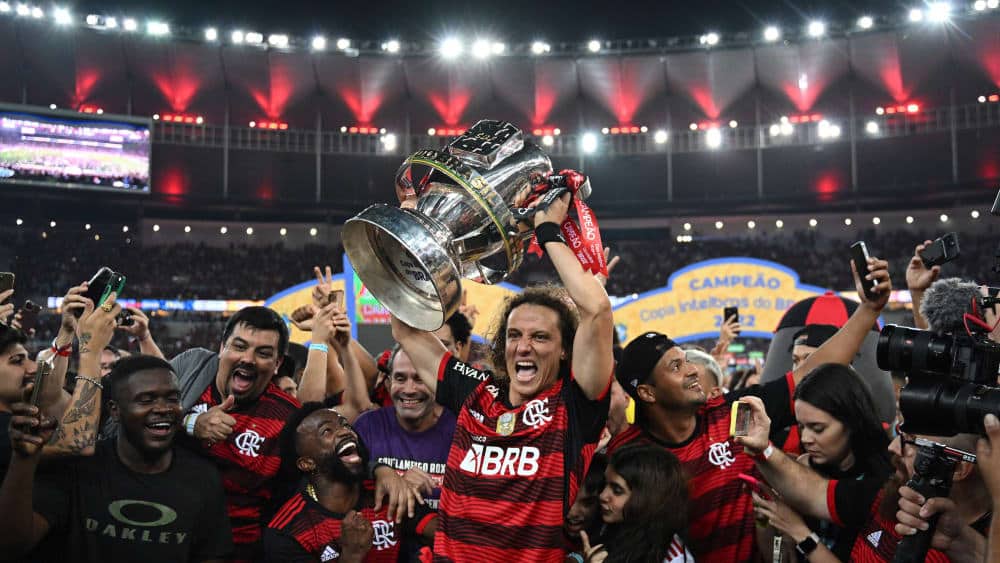 Rodinei converted the decisive penalty. The score was 1-1 after both normal time and extra time. This is the fourth time Flamengo have won the Brazilian Cup, having previously won the trophy in 1990, 2006 and 2013.

A number of players who have already played in the Bundesliga met at the Maracana Stadium. Arturo Vidal (former Bayer 04 Leverkusen and Bayern Munich) started for Flamengo, Fagner (VfL Wolfsburg) and Renato Augusto (Bayer 04 Leverkusen) for Corinthians. Flamengo got off to the better start and took the lead through the goal of the up-and-coming Pedro in the 7th minute.

Corinthians chased the equaliser for a long time and it was only in the final phase that Giuliano scored in the 82nd minute to make it 1-1. In the penalty shoot-out, long-time Atletico legionnaire Filipe Luis failed to hold his nerve, but for Corinthians, Fagner and Mateus Vital also missed. Rodinei then sank the decisive penalty for the final score of 6:5.

Before the second leg (first leg 0-0), riots broke out after fans without tickets tried to enter the stadium. Police used rubber bullets, according to the Brazilian news portal G1. According to the report, 40 people were arrested and the police force was reinforced. Nevertheless, there were again riots when the fans left the stadium.

This gives Flamengo a national title this season, but in the Brazilian league the championship train has left without the traditional club. Before the 33rd matchday, Flamengo are in third place, 13 points behind leaders Palmeiras. However, Flamengo still have a chance to win the Copa Libertadores, the South American version of the Champions League. The final on 29 October in the Ecuadorian port city of Guayaquil will see a Brazilian clash with Athletico Paranaense, coached by former Brazilian national team coach Felipe Scolari.


This will be the third all-Brazilian Copa Libertadores final in a row: Palmeiras beat Pele’s FC Santos 1-0 in 2020, and Palmeiras beat Flamengo 2-1 after extra time again in 2021.