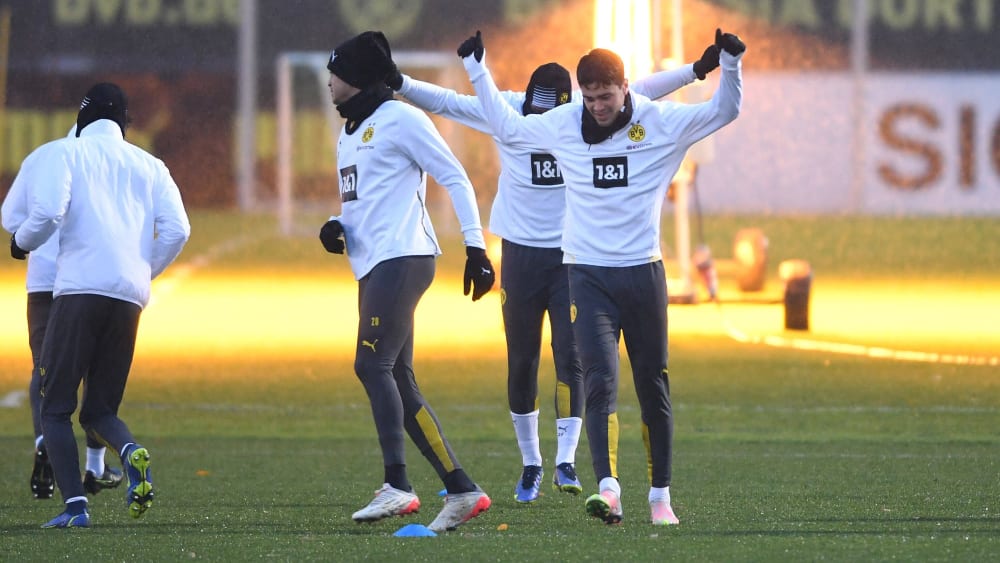 At Borussia Dortmund, preparations for the Bundesliga top match against Bayern Munich are in full swing. Among them: Giovanni Reyna.

The 19-year-old was back on the training pitch in pouring rain on Tuesday with his teammates, who welcomed him with applause, for the first time after he suffered a long-term muscle injury on the international trip with the US team in early September. After completing passing drills, Reyna continued to train individually. Most recently, it was unclear whether the attacking talent would return to training before the end of the year. In all likelihood, however, a call-up against the record champions from Munich on Saturday  is still too early, precisely because of the risk following muscle injuries.

But Raphael Guerreiro (after muscular problems during the warm-up in Lisbon) and striker Erling Haaland, who scored on his comeback last Saturday in the away match against VfL Wolfsburg (3:1), are likely to be in a different position. Both took part in training.

Jude Bellingham, however, was absent. The midfielder is expected to take a further break after a knock on the knee and not take any risks, as coach Marco Rose had already announced before the Wolfsburg game. The same applies to Thorgan Hazard, who, according to Rose, is not an issue for the time being and was therefore absent from training