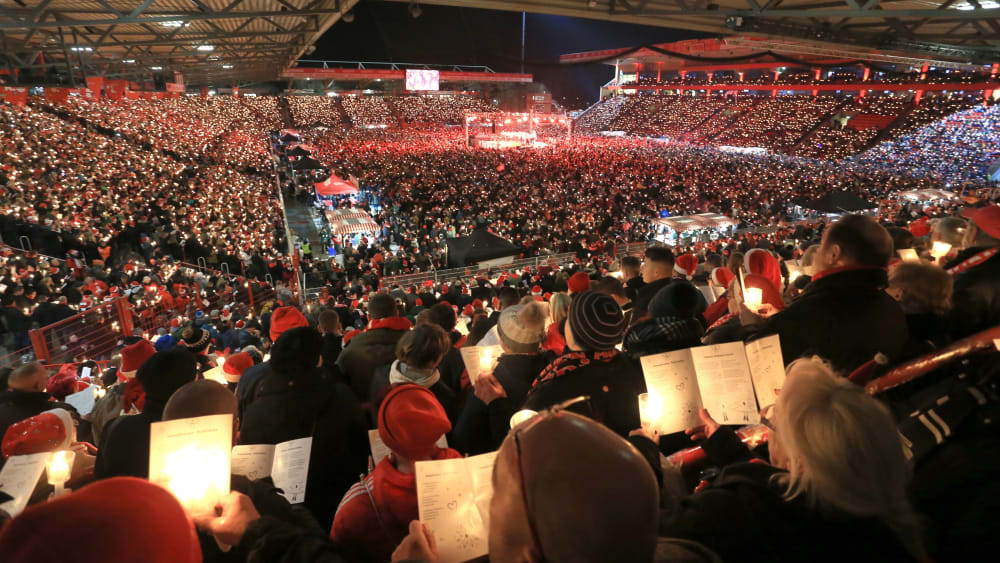 As in the previous year, Union Berlin will have to cancel the traditional Christmas caroling in 2021.

The stadium An der Alten Försterei will once again remain silent and dark on 23 December due to corona , the Bundesliga club announced. On the day before Christmas Eve, until 2019, numerous fans had always “moved close together “ and had “sung Christmas carols at the top of their lungs”.

Now the Berliners hope that “these cherished rituals” will be possible again in 2022 – after a two-year break.

In 2003, some Union supporters met for the first time to sing together in the stadium and thus started a success story. In the meantime, similar events have also taken place at other clubs in the run-up to Christmas.