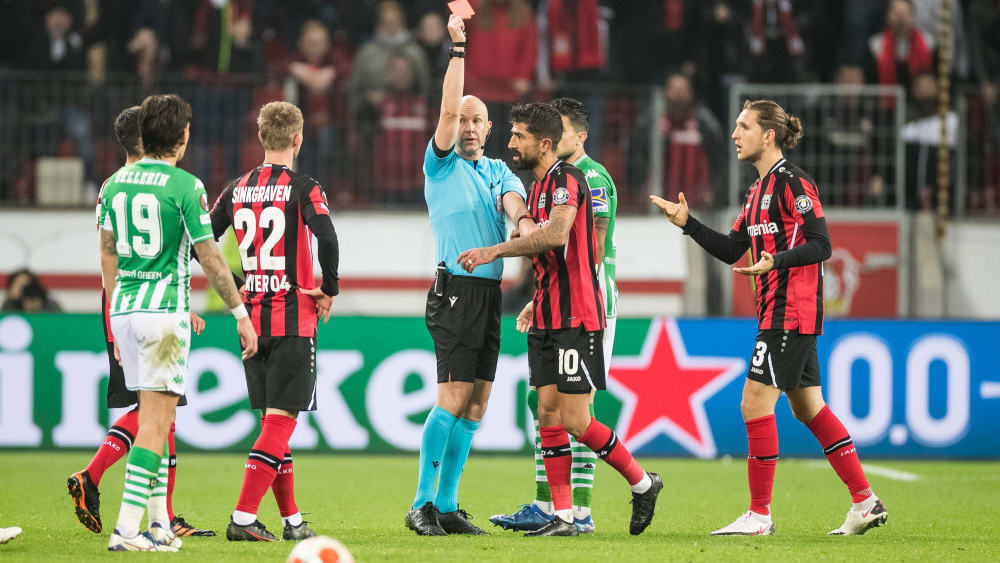 Bayer Leverkusen will continue to be without Kerem Demirbay in the Europa League. The midfielder’s suspension remains in place following his red card in the 4-0 defeat to Betis Sevilla

Bayer Leverkusen advanced early to the last 16 of the Europa League with a 3-2 win over Celtic Glasgow, but will not be able to call on Kerem Demirbay for the time being.

The 28-year-old clashed with Nabil Fekir in the closing stages of the 4-0 win over Betis Sevilla at the beginning of November and was sent off – Leverkusen subsequently appealed against the three-game suspension, but this has now been rejected.

Long break for Demirbay – because Bayer are group winners

So when the Werkself play their first knockout game, Demirbay will be out. Bayer coach Gerardo Seoane already had to do without the left-footer against Celtic – and that will be the case again in the first leg of the last 16. Because Leverkusen are already determined as winners of Group G before the last game and will skip the play-off round, Demirbay will not be able to play another Europa League game for Bayer until 17 March at the earliest.