Rest forbidden – “Can’t say now: ‘It will work out somehow'” 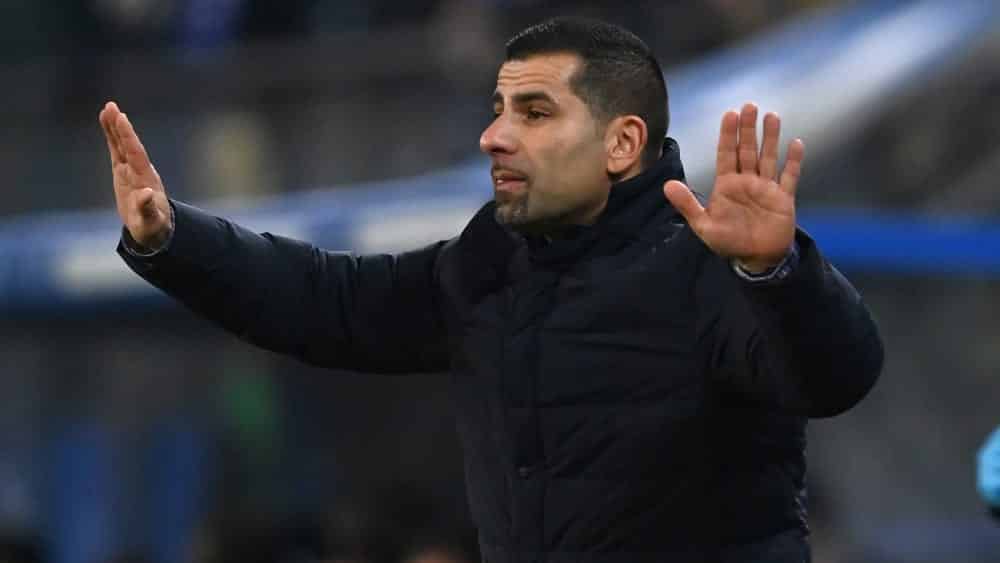 At FC Schalke 04’s matchday press conference, coach Dimitrios Grammozis praised the upcoming opponents from Kiel and spoke about the returning ghost games. Viktor Palsson continues to have only one goal in mind.

The Knappen squad is slowly thinning out, and S04 have also presented two new arrivals this week. The first competitive match of the new year can come. “After the week-long preparation period, we are happy to get things started again,” Grammozis opened appropriately.

Kiel will “demand a lot from us “

Anticipation is certainly one aspect that describes the fourth-placed side’s showdown with Holstein Kiel on Sunday. Grammozis confirmed this with a view to his players, but also replied: “We immediately have a good and strong game ahead of us, which will demand a lot from us.


In order to prevail against the northern lights, the coach expects “that we immediately show what we have shown in the last two games  against Holstein Kiel at home as well”. As a reminder of Holstein’s strength, the Greek noted that their upcoming opponents had bowed out strongly last year with a commanding 3-0 win over league leaders St. Pauli.

“It won’t be an easy task,” Grammozis added accordingly. “Kiel have a good team.” To make matters worse, spectators are not allowed on site due to the Corona situation. “The fact that our backdrop is not there hurts. Our fans are a fistful.” Grammozis knows, “We need to push each other even more on the pitch. “

Midfielder Palsson also echoed this sentiment. The Icelander was equally sceptical about the impending ghost match at the Arena on Schalke and called on the team to motivate themselves. “We are all professional and know how important the game is – but also what we have to do. We will miss the support, but we can manage that.” The player likewise pointed out that S04 had not only proven to be a top team in the two most recent competitive matches. He further hopes “that we stay at this level. Then we will be really strong, absolutely. “

Neither players nor coaches want to make excuses. With the right attitude in mind, Grammozis is “convinced that we will put in a very good performance”. The existing quality in the team has been proven in the recent competitive matches, and a setback is now to be avoided. “We have improved, but we can’t say now ‘it will work out somehow’,” Grammozis expressed clearly. Palsson added: “Everyone knows exactly our goal: that we want to get promoted. “