HomeBundesligaNagelsmann's Baumgart comparison: "I used to bang out statements too"
Bundesliga

Nagelsmann’s Baumgart comparison: “I used to bang out statements too” 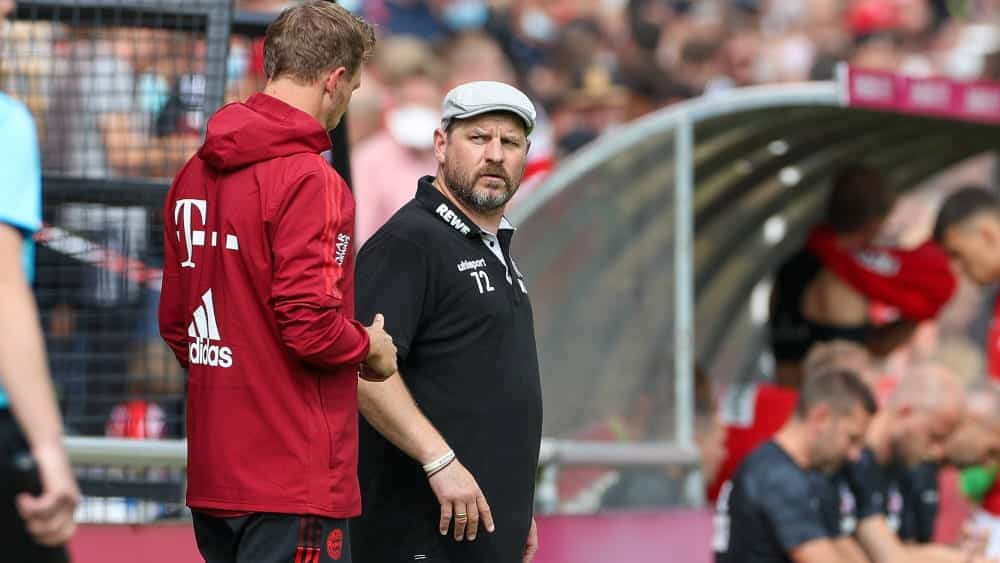 Julian Nagelsmann is looking forward to the reunion with Steffen Baumgart on Saturday – and to a courageous 1. FC Köln.

Julian Nagelsmann learned within seconds at the end of August how different this 1. FC Köln is from the 1. FC Köln of last season. Coach Steffen Baumgart’s team had turned a 0:2 deficit into a 2:2 at the Allianz Arena and lost in the end, but “simply played an awesome game” (Baumgart).

Five months later, FC welcome the Munich side to Cologne on Saturday and Baumgart sees “a chance” to defeat the record champions.


Julian Nagelsmann likes this offensive approach of his colleague. “The statements reminded me a lot of myself when I was coaching other clubs,” he explained on Friday. “Especially at my first professional club, I always made such brash statements before the games. I think you have to do that to actually have a chance. You want to develop a belief in the dressing room. “

“He has his line and he follows it through, I think that’s extremely cool “

Steffen Baumgart has obviously succeeded in doing that in Cologne, with FC now only two points away from a Champions League place. “He has his line and follows it through, I think that’s extremely cool,” praised Nagelsmann. “He has always been a coach who wants to see a team on the pitch that plays football with the necessary courage and also the necessary risk. I think he’s someone for whom it’s important that you also make a mistake sometimes when you dare to do something. I appreciate that. “

Nagelsmann is also clear that FC Bayern will be the favourites despite Cologne’s good run (three wins in a row) and their own personnel situation, which is still not easy, “that we should win and want to win is also clear. The same goes for Cologne, they also want to win. I think that’s good, that normally always promises more in terms of the football game than when a coach stands up and just wants to keep a clean sheet or looks at the goal difference or whatever. “

In any case, Nagelsmann is looking forward to the game and to seeing Baumgart again. “There are only the greatest compliments for the job he’s doing there. Both in the outward appearance and on the pitch. “