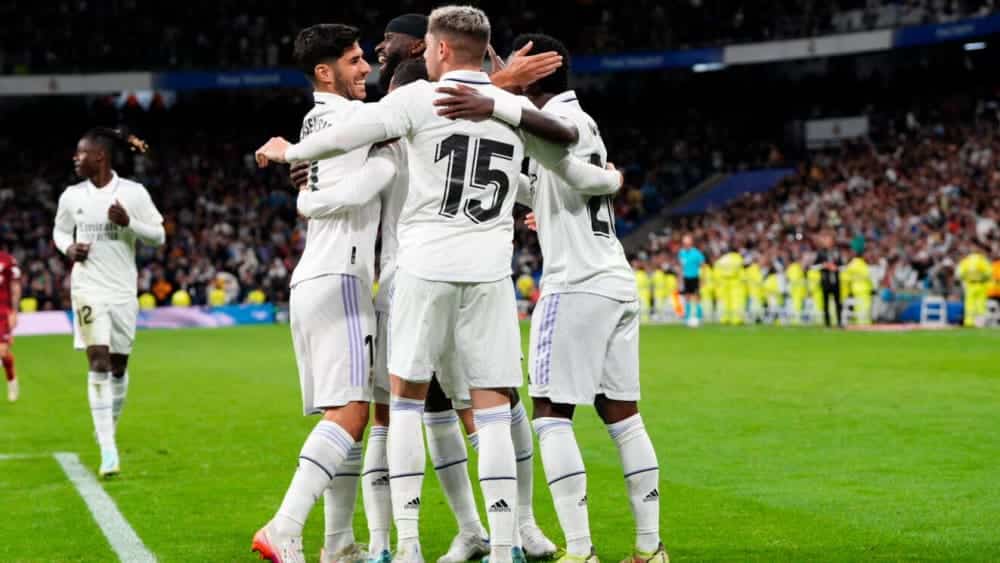 Real Madrid have reached the last 16 of the Champions League, unlike the other three Spanish teams. The royals are benefiting financially from this.

The schadenfreude of Real fans is likely to be there anyway and according to a report in “Marca”, it will only increase. With arch-rivals Barcelona, Atletico and Sevilla FC all missing out on the last 16, Real will be the sole beneficiaries of UEFA’s Spanish TV money for the top flight. Ancelotti’s team, on the other hand, can no longer be denied advancement in Group F despite the defeat in Leipzig (2:3).

The total is tidy. Real Madrid have already secured at least an additional 8.6 million euros. Should the Blancos reach the final, this amount can increase to up to 11.7 million euros.

More leeway thus also for new arrivals: By the way, Real has in the meantime created an important prerequisite for a broader selection. According to “Tiempo de Juego”, two Brazilian-born players, Eder Militão and Rodrygo, have received Spanish passports, which means they will no longer be a burden on the quota of non-EU foreigners.

A maximum of three players with this status may be used in La Liga. The Brazilian Vinicius Junior has already had the Spanish passport in his pocket for some time.