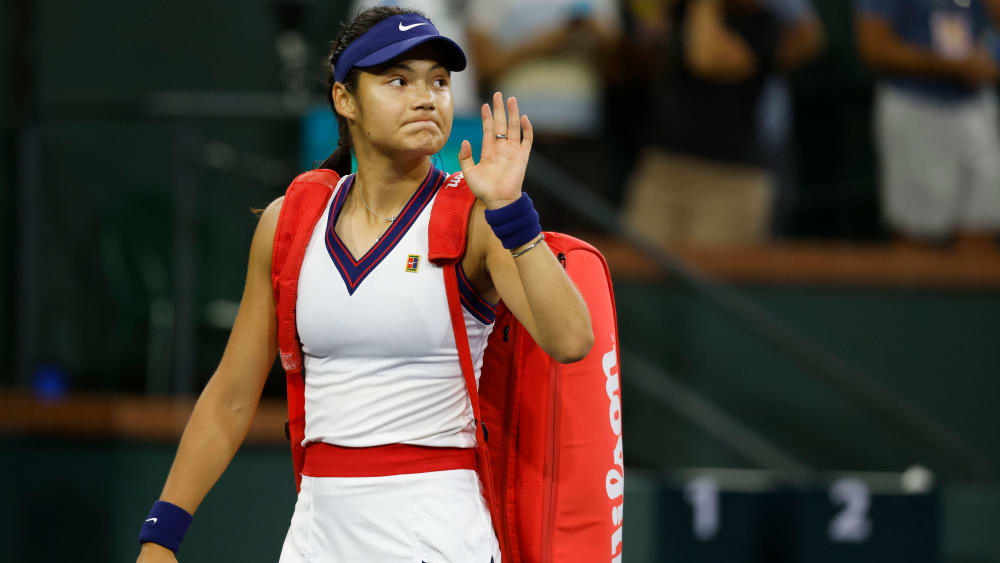 US Open winner Emma Raducanu was eliminated in her opening match at the Indian Wells tournament.


The British player, who sensationally won the title in New York four weeks ago as a qualifier, lost 2:6, 4:6 in the second round to Aliaksandra Sasnovich from Belarus on Friday (local time). Raducanu had a bye in the first round.

After the end of her ten-match winning streak, Raducanu actually expressed relief. “I’m kind of happy about what happened today. I’m taking it as a lesson so I have more experience going forward,” said the 18-year-old, who surrendered a 4-2 lead in the second set.

Leyla Fernandez, who lost to Raducanu in the US Open final, advanced. The 19-year-old Canadian defeated Frenchwoman Alize Cornet 6-2, 6-3.

Angelique Kerber will enter the tournament in the Californian desert after a walk-through on Sunday night. The 33-year-old, seeded tenth, will face Czech Katerina Siniakova.