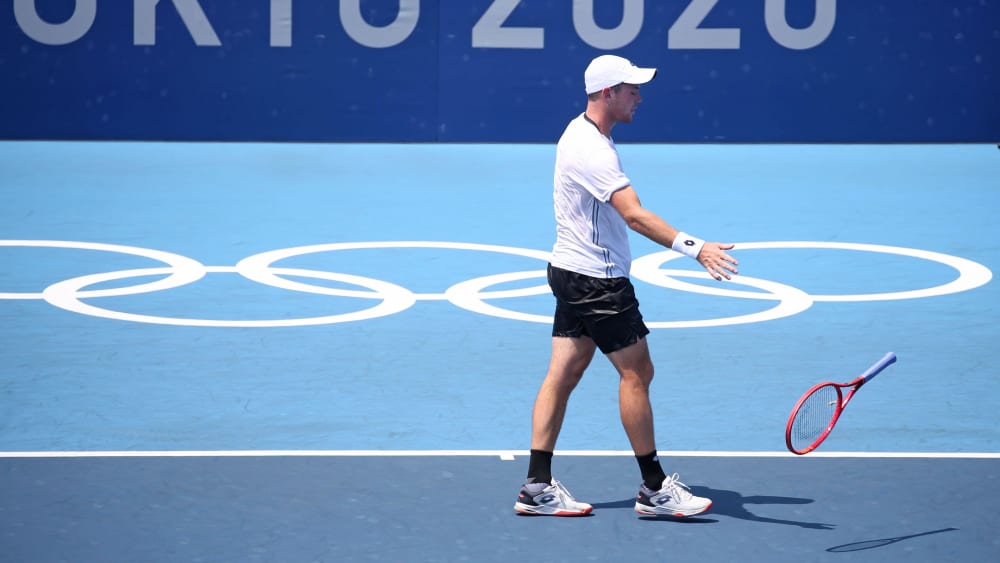 Although he won the first set, Dominik Koepfer came up empty-handed in his opening match in Indian Wells. Jan-Lennard Struff, on the other hand, advanced to the 2nd round.

Koepfer and the Finnish talent Emil Ruusuvuori (23) played an exciting match in the first set, but both players struggled with their own serve and allowed a break each. Consequently, the match was decided in the tiebreak, which the German won 7:3. Ruusuvuori countered strongly, improved at the beginning of the second set and quickly led 3:0. The Finn finally won the set 6:2 and then switched into sixth gear.

That was too much for Koepfer, who was literally overrun and lost 7:6, 2:6, 0:6. Koepfer’s curse continues. Since his Olympic exit in Tokyo in the third round against Pablo Carreno-Busta, he has not made it past the first round in any tournament – he competed in Toronto, Cincinnati, Winston-Salem, the US Open, San Diego and now Indian Wells.

The start in Indian Wells went better for Struff, who won against Daniel Elahi Galan Riveros from Colombia with 7:6 (7:4), 6:3. In the 2nd round, the 31-year-old will face Italian number 25 seed Fabio Fognini.