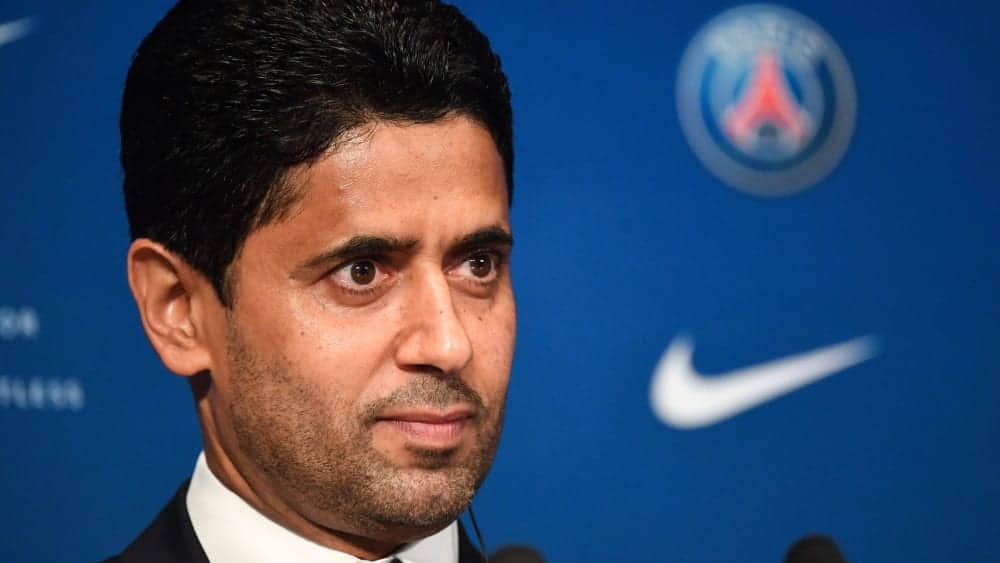 The fact that cash-strapped FC Barcelona spent around €150 million on transfers in the summer still rankles Nasser Al-Khelaifi. He is now hoping for an investigation by UEFA.

In an interview with “Politico”, the PSG boss sometimes asked himself the questions when it came to FC Barcelona’s financial dealings. “Is it fair? No, it’s not fair. Is it legal? I’m not sure,” Nasser Al-Khelaifi said, referring to Barcelona’s sale of assets to balance balance sheets and invest in new players.

The 48-year-old Qatari now hopes UEFA will intervene. “If they allow it, others will do the same. UEFA, of course, have their own rules. For sure they will look at everything.” Al-Khelaifi, as chairman of UEFA’s executive committees, certainly has a say in the matter. However, his club PSG itself is regularly criticised for being financially supported by the Qatar Sports Investments Fund.

While the Catalans have yet to respond to the statements, the FA issued a statement saying: “All clubs participating in UEFA club competitions are monitored in accordance with the UEFA Club Licensing and Financial Sustainability Regulations. Decisions on compliance are made by the independent Club Financial Control Body (CFCB).”

Barça president Joan Laporta had recently seen his club “on a good path” and described it as “economically sound”. The Catalans had announced positive financial figures for the past and current season a few days ago.

Khelaifi: “Nobody will allow the Super League “

Al-Khelaifi also had clear words to say about the controversial Super League. He said that the format, which was essentially initiated by Barcelona, Real Madrid and Juventus Turin, would not be a success. “I am really sure that nobody will allow the Super League. We have to think of everyone, not just ourselves. We have to respect our fans. “