Poole shines, Green flies off the court – and Morant misses the last shot 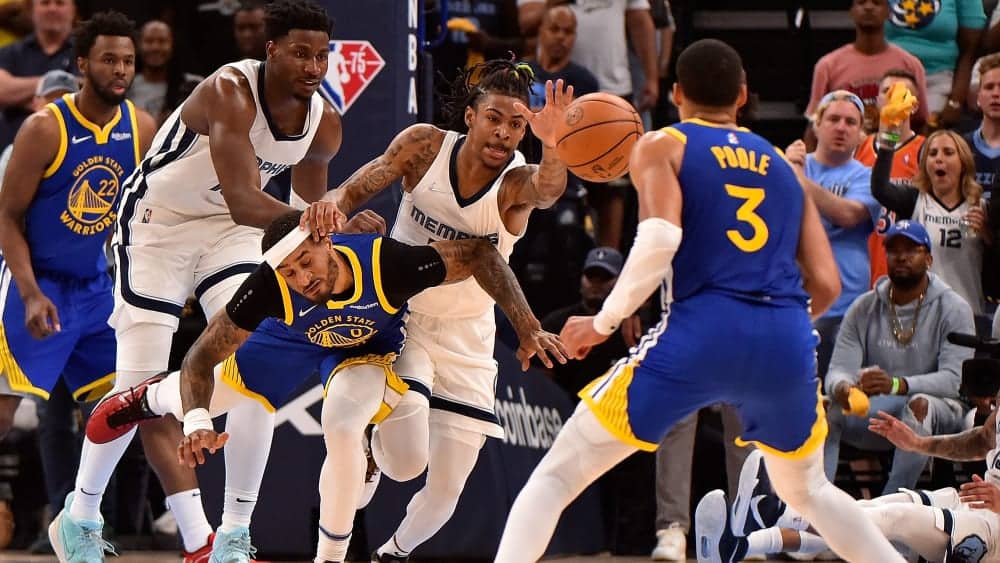 The opener of this series was a spectacle and makes you want more: The Golden State Warriors narrowly defeated the Memphis Grizzlies after a true rollercoaster ride.

Warriors fans know how important Draymond Green is for their team. The fact that the versatile bundle of energy already conceded an ejection before the half-time break after a foul and was thus no longer available must have put worry lines on the foreheads of many.

But in the end it was a 117-116 away win for the Dubs over the Memphis Grizzlies, which was only decided after an up and down battle when Ja Morant failed to score the last try for the home side.

And so the match-winner was not Morant – the young star with the feathery movement and tremendous jumping power just barely missed a triple-double with 34 points, nine rebounds and ten assists – nor his teammate Jaren Jackson Jr. (33, six threes) or Steph Curry (24 points, five threes). No, Golden State’s 22-year-old shooter Jordan Poole stepped up once again, coming off the bench to give the Grizzlies a sustained headache: in 38 minutes, the Michigan grad sank 12 of his 20 shots (five threes) for a career-best 31 points, with an additional eight boards, nine assists and two blocks.

The Warriors squandered a ten-point lead in the final quarter, but regained the lead half a minute before the end with a three-pointer by Klay Thompson (15) and finally defended it successfully. Long faces among the Grizzlies fans. “A game lasts 48 minutes, you just have to find a way. We minimised our ball losses and found good throwing positions,” Curry said after game one. “The core of this team has championship DNA, we want to take advantage of that. This is an important win for us.”

Game two of the series is again in Memphis on Wednesday night (3.30am CEST). Four wins are needed to advance to the Conference Finals.