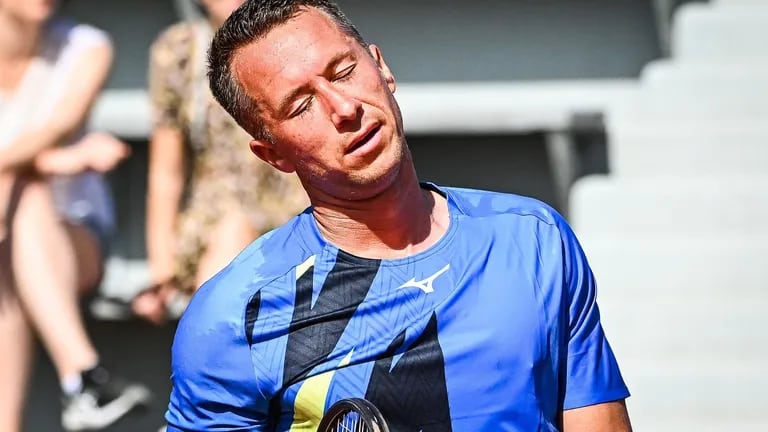 Routing German tennis player Philipp Kohlschreiber will end his long career at Wimbledon at the latest, the 38-year-old native of Augsburg announced after winning the first round of qualifying for the grass-court classic.

Kohlschreiber is currently only 230th in the world rankings and therefore has to qualify for the Wimbledon tournament in London. In the weeks before, he had already publicly contemplated his imminent departure.

“Maybe I’ll make it into the main draw “

“It’s been a great and wonderful career. It will be my last tournament,” said Kohlschreiber, who is playing for a place in the main draw for the first time in neighbouring Roehampton. “I’m happy that I still have a match here and maybe I’ll make it to the main draw,” the former world No. 16 said after beating Frenchman Grégoire Barrère 6-2, 6-2. The next opponent is the also very experienced Kazakh Mikhail Kukushkin. The matches in the main draw will start next Monday.

He does not really have a plan yet for the time after his career, Kohlschreiber said. “I want to retire and then it will be a special moment somehow for sure. I’m more of a quiet guy and I didn’t want to say it will be my last season.” Now, he said, some people already know that it will be his last tournament. “I will try to enjoy every match. It’s been a very long journey, I have great memories, special ones here,” Kohlschreiber said. “Maybe the last breath will be extra long, we will see.”

The long-time German Davis Cup player won eight tournaments in his career, taking the title three times on clay in Munich and once on grass in Halle. He reached the quarter-finals at Wimbledon in 2012 and the last 16 at each of the other three Grand Slam tournaments.