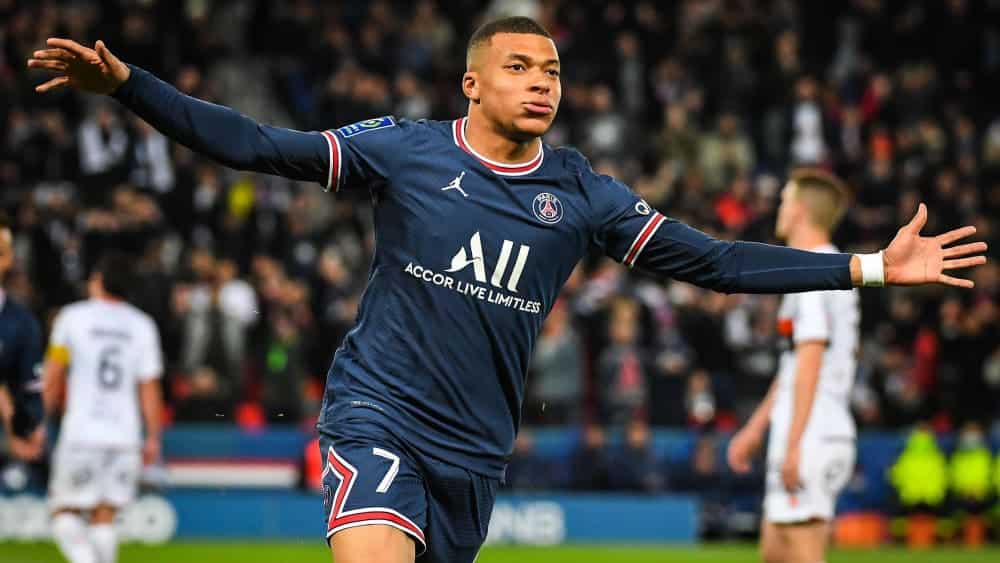 After a 3-0 defeat in Monaco, Paris St. Germain responded in style to send FC Lorient crashing out of the stadium. The outstanding player was Kylian Mbappé, who was directly involved in all of Paris’ goals.

PSG coach Mauricio Pochettino made two changes from the 3-0 defeat in Monaco: Wijnaldum and Verratti rotated out of the starting eleven. Messi and Gueye started instead.

From the start, the favourites took control and played well up front. Less than a quarter of an hour had passed before the home side were rewarded with a goal from Neymar (12th) after an assist from Mbappé, before Mbappé himself followed up a missed opportunity from Messi (27th) to make it 2-0 (28th). In fact, the game seemed to be already decided for PSG in the first half.

After the break, however, the capital’s defensive blunders began to creep in and, after a reprieve had been granted for an absurd loss of the ball by Marquinhos (49th), Lorient were punished by Moffi at the second attempt (56th).

PSG had to visibly recover in the aftermath and looked unsettled – until Mbappé struck a second time to restore the old gap (67th). After the visitors failed to capitalise on another uncertainty in Paris’ backline (71st), it was again the outstanding Mbappé who found Messi with his second assist and set up the decider for 4-1 (73rd).

A double blow of missed connection and conceded goal from which FC Lorient would not recover. Paris acted with aplomb and did not allow themselves to be rattled by the irritating behaviour of the fans, who reacted particularly to ball contact by Neymar and Sergio Ramos and broke their usual silence.

Mbappé and Neymar close the circle

Instead, PSG added another eye-catching goal in the final minute through Neymar, with Mbappé adding his third assist and fifth scorer of the night, taking part in all the goals (90th). A worthy end to the gala evening of the French world star.

Next Saturday, Paris St. Germain play their next league match: At Clermont Foot from 9 p.m.