HomeFootballOn the big stage: Nmecha and the advantage
FootballFootball News

On the big stage: Nmecha and the advantage 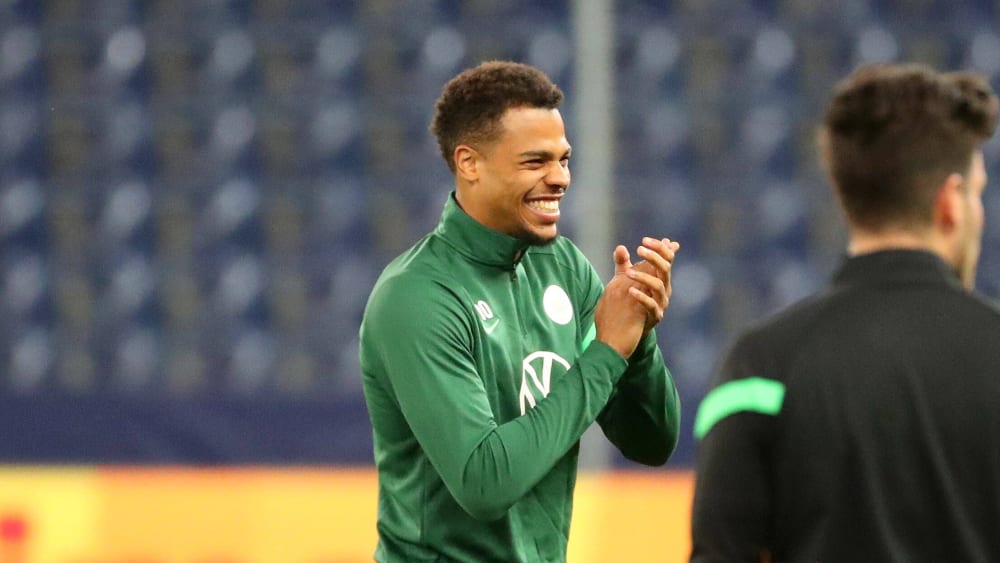 Without its nominally best attacker, VfL Wolfsburg will take on Austrian champions RB Salzburg. An ambitious substitute is available in the form of Lukas Nmecha.

It will have taken just two weeks, to the day, on Wednesday evening for Lukas Nmecha to get the opportunity he had obviously thought he would get. Because Wout Weghorst has been infected with Covid-19, the German U21 European champion is likely to take Weghorst’s place in the VfL Wolfsburg attack. On that past Wednesday, Nmecha had first shone with three goals in a test match win against Hamburger SV (4:1) – and afterwards he had said: “I always think I’m the best striker.” Weghorst’s absence could serve as an advantage, this time on a comparatively large stage, in the Champions League match at RB Salzburg on Wednesday (18:45). It would be his international debut.

Last Saturday, Nmecha had already been given a chance to start in the Bundesliga and was thus preferred to Weghorst, who had been in poor form recently and was substituted later. The 22-year-old played 90 minutes, but was unable to make a decisive contribution to the 2-0 defeat at Union Berlin (kicker rating 4).

Now, then, matchday 3 in the top flight, against the Austrian champions. After two draws against Lille (0:0) and Sevilla (1:1), it is now a game that points the way ahead for VfL, not least because of six winless games and three Bundesliga defeats in a row recently. “The pressure is there, that’s not a problem for me either,” said VfL’s Austrian substitute goalkeeper Pavao Pervan at the press conference in Salzburg on Tuesday evening, “you grow from such pressure situations, you have to face them.” Coach van Bommel added: “You have to stay calm.”

The coach regrets that Weghorst will be missing in Salzburg, “that’s a pity”. A starting eleven for Nmecha is therefore more than likely, even if van Bommel is cagey, at least publicly: “It could be that Lukas plays. He has only been substituted twice before on the international stage. In the kicker double interview with his brother Felix, he recently reiterated his personal expectations: “I came to Wolfsburg to play. If he does well, Weghorst will probably have to put himself in the back of the queue for a while after his return, which will probably not be expected until after the league match against Leverkusen. Nmecha has scored two league goals so far.

“They are two different types of players “

The change of personnel in the centre of attack will inevitably change VfL’s attacking play. “Wout is tall, not as fast as Lukas – they are two different types of players,” is all van Bommel says about it. Pervan is more specific: “Wout has worked hard for everything in his career. He has great confidence in his abilities and knows that he can score the decisive goal at any time,” says Wolfsburg’s number two.

“In Lukas we have a highly gifted player who is perhaps even more refined in his movements than Wout and has an outstanding finish,” the Austrian continued: “He has great pace and can hold the ball up well.” Not that van Bommel has any choice at all. But against an opponent like RB Salzburg, who handle a high running and playmaking intensity, Nmecha’s speed will certainly not be a disadvantage.