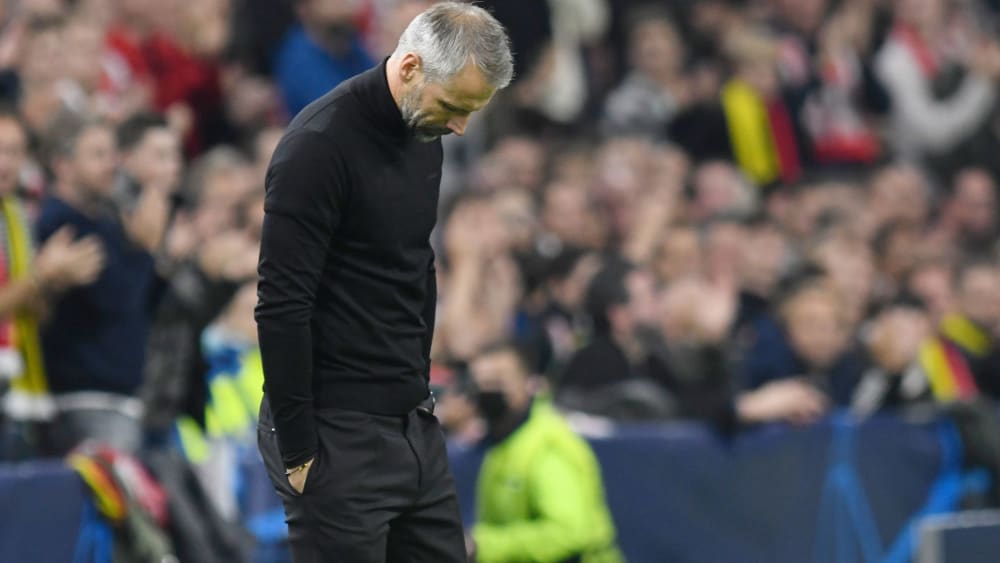 After the 0:4 at Ajax Amsterdam, BVB coach Marco Rose also spoke about the attitude of his players – and even drew a comparison to FC Bayern.

“We didn’t start badly at all, very well in fact,” Rose began his analysis on “Amazon Prime Video” after the final whistle. But what happened after the opening minutes had little to do with “very good”. At the end of a pitch-black evening in Amsterdam, Rose had to explain the highest Champions League defeat in BVB club history.

After an own goal by Marco Reus and “what felt like the second or third shot” by the home side, Rose said, “the score was 2-0, but our body language was as if it was 4-0 and we were completely out of the game”. The coach also resorted to a telling parallel with FC Bayern. “When you are 0-2 down, you are never satisfied. But Joshua Kimmich doesn’t wave it off then, he gets really angry,” he said. “That’s the difference, in Munich there’s fire under the roof. The question is: How do you accept that? How do you react? “

The answers to those questions were unlikely to have satisfied him on Tuesday night. However, he did not want a discussion around missing leadership players to arise at all. “Our captain has been leading the way for weeks,” Rose said, referring to Marco Reus. “He also went all the way today.” But he had also initiated the BVB debacle with an unfortunate own goal. “The first goal is on me, I totally misjudged the ball,” explained the international.

If not the leading players, then what was the reason for BVB’s seemingly defenceless surrender to its fate and the fact that it hardly offered any resistance to its opponents, who were full of combinations?

“We have a few young players,” said Rose. And: “From the second goal against, it was a question of conviction. That’s something we have to work on as BVB.” In any case, he now has plenty of cautionary material for this on video.