HomeLigue 1Not efficient enough: Cologne misses out on victory against Havelse
Ligue 1

Not efficient enough: Cologne misses out on victory against Havelse 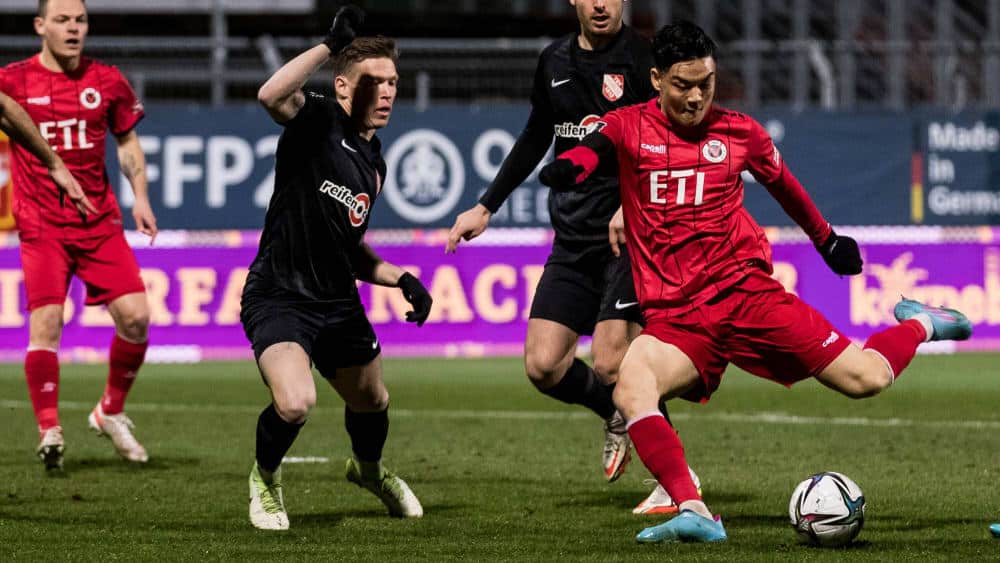 On Friday evening, Cologne did not get beyond a 0:0 against Havelse. The Viktoria did more for the game, but did not reward themselves. Apart from two chances, there was nothing offensively from the promoted team at the end.

Coeln coach Olaf Janßen fielded the same team that had won 1-0 in Saarbrücken. Havel coach Rüdiger Ziehl made two changes after the 1:3 against Würzburg: Tasky and Daedlow started in place of Plume and Langfeld.

It developed into a one-sided first half in Cologne. Viktoria were clearly the better side and had a lot of possession, while Havelse stood compactly and waited for opportunities to turn the ball over. But this tactic didn’t work, because there were hardly any counterattacks, and when there were, the team at the bottom of the table didn’t play well.


The Rhinelanders should have taken the lead in half one, but they did not reward themselves. Hong scored after nine minutes but was offside. The striker then had two more good chances (22nd, 23rd), but both times lacked accuracy in his finish. Klefisch was also unable to get past the visitors’ keeper Quindt shortly before the break, so the game went into the dressing rooms goalless.

After the break, Havelse at least showed some offensive potential, but Froese missed a clear shot (48th). From then on, Cologne were in control again, May’s long-range shot was saved by Quindt (57th) and Risse’s free-kick went over (65th). Viktoria continued to be the more active team and played for victory, but even substitute Marseiler was unable to take the lead, finding his master in Quindt (71).

Although the home side were clearly the better side, they were a little lucky in the end as Havelse had their only two good chances late on: Damer first put the ball just past on the left (83rd) and then missed from a prime position (89th). Although Cologne threw everything forward in the final minutes, it was no longer dangerous. In view of the course of the game, Viktoria certainly lost two points.


Next Tuesday (7pm) Viktoria Köln play FC Hürth in the Central Rhine State Cup and in the 3rd Division on Saturday (2pm) against MSV Duisburg. For Havelse it continues next Monday (7pm) against Viktoria Berlin.