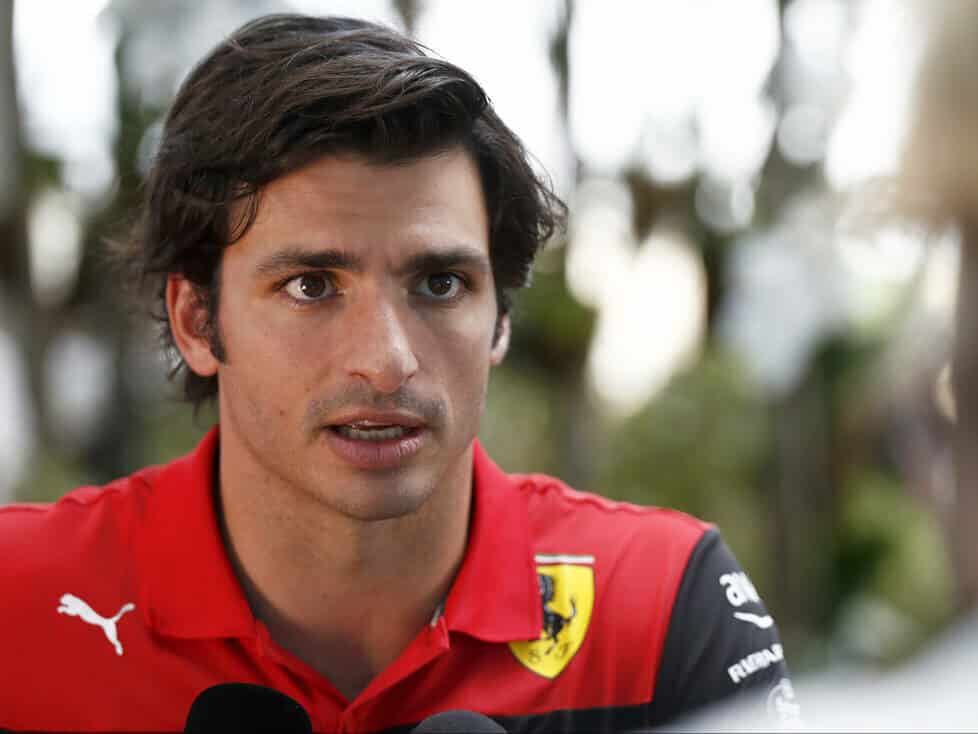 Do the current Formula One cars cause long-term damage to drivers? That’s the concern Carlos Sainz currently has after the first five races with the new generation. The Spaniard is particularly worried about his neck and back, as the drivers are quite shaken up by the stiff suspension and porpoising.

He thinks that the drivers and Formula 1 should think about “what price a driver should pay for his back and his health in a Formula 1 career with this car philosophy”.

The Ferrari driver does not want to criticise the new rules – on the contrary. “The rules are great and they do exactly what we need to race,” he says. “But for our necks and backs, do we really need to drive as stiffly as we have done in the recent past? “

Sainz sees next week’s street circuit in Monaco in particular as a big challenge in this regard, having already found the curbs in Miami quite aggressive – as were the bumps in Imola. Add to that his practice crash in Miami, which might not have helped his neck.

“I can feel it already,” says the Ferrari driver, whose neck is noticeably more tense than usual this year. “I don’t need expert advice on that to know that if we go on for ten years it’s going to be difficult. You have to work enormously on your mobility and flexibility. I have to invest in my physical health.”

Sainz also knows that this is not actually a subject people like to talk about: “We don’t want to sound weak,” he says. “I’m strong, I’m very fit, I consider myself one of the fittest drivers in the field, and I’ve never had any problems in a Formula One race, but I’m thinking long-term. And for the benefit of all of us, maybe we should talk about it and see what opportunities we have. “

He is aware that the talks are also about the interests of the teams and Formula One, which wants more overtaking again. “But what if for the first time we also see the driver as a factor?” he asks. “I think that could be interesting.” But he says there is still a long way to go before that happens.

“That was one of those thoughts I had in the first five races,” Sainz says. “I was probably thinking out loud. It’s still a young thought and I might have to talk to other drivers I know who are struggling with it,” said the Spaniard. “We need to sit down and see what we can offer or propose. “