HomeMotorsportsMarvin Fritz in the World Superbike Championship: Why the original plan fell...
Motorsports

Marvin Fritz in the World Superbike Championship: Why the original plan fell through 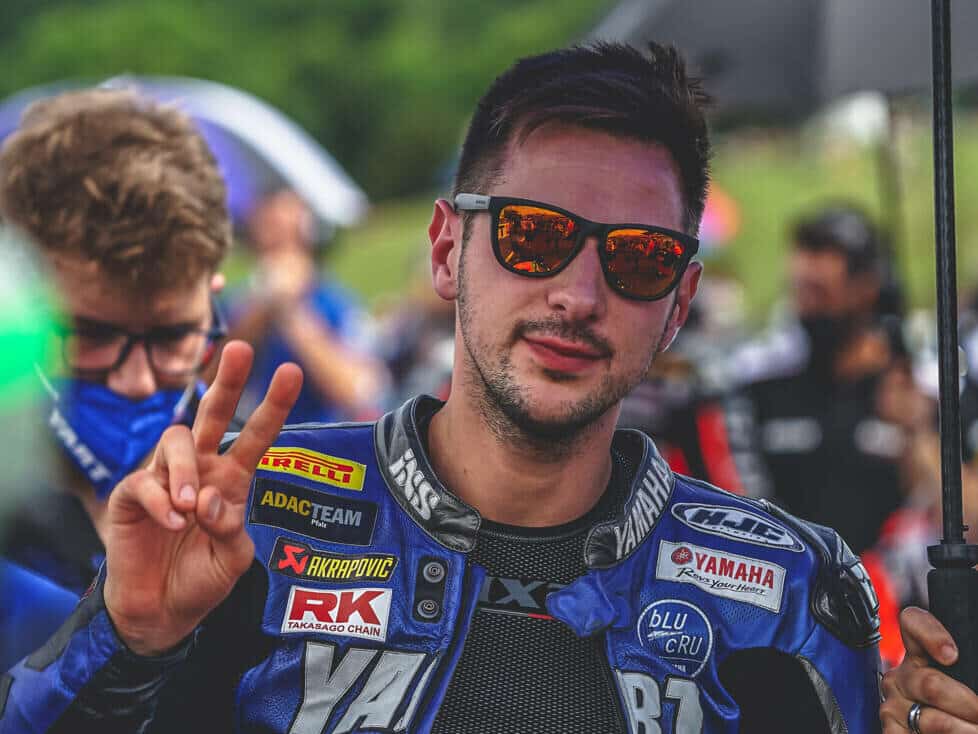 At the WSBK event in Estoril, Marvin Fritz will start as a substitute rider: In an exclusive interview, he explains why it was not possible to ride all the European races

Marvin Fritz is back in the paddock of the World Superbike Championship. At the third WSBK event of the current season, Fritz will take over the Yamaha R1 from Roberto Tamburini (Motoxracing), who injured himself during the break between Assen and Estoril. Actually Fritz had planned to contest all the European races this year. We asked why this plan could not be realised.

The World Endurance Championship clearly has priority for Fritz. Immediately before the trip to Estoril, he tested together with his YART team at Spa. “It was a cool test in Spa and a short night. I was home at 11pm and got up again at 3am because I was heading for the airport at 4am. I only slept four hours,” he reports, adding, “Today it’s off to the hotel early to get some more sleep.”

Fritz is very familiar with the course in Estoril. “I know the course well from the endurance race. We were right at the top of the podium there. I think that the course suits me,” the German comments and emphasises: “I definitely don’t want to rush things here. “

“Of course it’s a shame for Roberto Tamburini. I’m keeping my fingers crossed that he’ll be fit again quickly. I see it as a good chance to show myself and ride without pressure,” explains Fritz before the start of training in Portugal.

It is conceivable that Fritz will ride for the Motoxracing team again at the upcoming event. “We have to see if Roberto will be fit again by Misano. It’s only three weeks. Tomorrow he will have an ankle operation. Niccolo (Canepa) broke his ankle a year ago in the spring and it took him two months to be able to perform and train properly again,” notes the Yamaha rider.

What is the technical status of the Yamaha R1 from Motoxracing

“The team has a lot of data. It’s Loris Baz’s bike, the 2020 Ten-Kate bike, so it’s a bit older, but it’s still great,” he notes, comparing: “I know the endurance bike very well. It has less power and is easier to ride. In Most it was maybe not so bad. But in Jerez it was certainly a disadvantage. “

Fritz made a strong impression during his guest starts in Most and Jerez last year. As a result, the plan was developed to do even more races in the World Superbike Championship in 2022 and to switch to WSBK as a regular rider in 2023. However, the plan to ride all the European races was not realised. Why?

“Sure, I would have liked to do more races in the World Superbike Championship. But it’s very difficult financially,” he admits. “We had a sponsor in sight, but unfortunately that didn’t work out. That’s why it all disappeared into thin air. But the plan is to do two or three guest starts.”

Which races would Fritz like to start in this year? “Most was planned. Unfortunately, right after that is the endurance race in Suzuka. That is the most important race of the year. The practice sessions start in Suzuka on Monday. That’s why we don’t know yet whether we can race in Most,” he muses.