HomeMotorsports"As if they were 30 km/h faster": New BMW DTM favourite at...
Motorsports

“As if they were 30 km/h faster”: New BMW DTM favourite at the Lausitzring 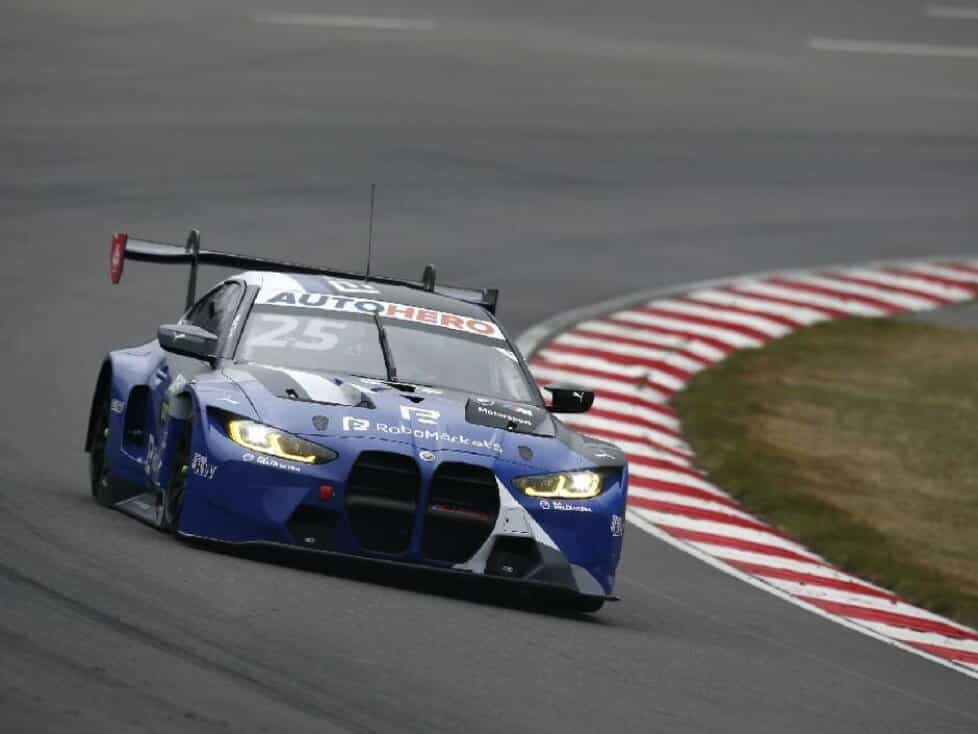 Is the new BMW M4 GT3 in the favourites’ role at the DTM’s German season premiere the Lausitzring, which also features the Turn 1 steep corner this weekend? If you believe the competition, definitely. “It felt like they were 30 km/h faster than everyone else on the straights in Portimao,” says T3 Lamborghini driver Nicki Thiim.

“I expect them to be really strong. But it doesn’t matter: let’s go out with a positive attitude and kick some butt,” announces the Danish GT specialist in his inimitable flippant manner.

And Rosberg-Audi driver Nico Müller, who won the second race in Portimao, also has the BMW fully on his mind despite the switch from the M6 to the M4 because of the track characteristics.

“There are very long full-throttle passages,” says the Swiss. “We know that certain cars have a bit more power, which will certainly pay off on this track. And then there are cars that are very stable in the fast corners – and there is clearly a high-speed corner there,” he points to the ultra-fast Turn 1, which goes almost full throttle.

Both are true of the M4 GT3, which has an even longer wheelbase than its predecessor and, as a particularly large car, generates more aerodynamic downforce than an Audi R8 LMS GT3 Evo II, for example.

“I don’t think we will have our strength in the passage between the last corner and the second corner. And that’s the biggest part of the track,” knows Müller, who doesn’t think he’s in the best car despite the Evo package allowing a wider working window. “I expect it to be more challenging than the Portimao weekend, but hopefully we still have a chance of a good result. “

The Audi works driver doesn’t just have the Munich-based team on his mind. “I agree with Nicki that BMW will be very strong. But I think Mercedes can also be very strong. And Ferrari is always strong. “

BMW M4 GT3: Why length is an advantage

That Müller names the brand with the star should come as no surprise, because the Mercedes-AMG is also a rather large car compared to the Porsche, Audi or Lamborghini – and has a length of 4.75 metres. For comparison: the BMW measures 5.02 metres, the Audi 4.48 metres. This has aerodynamic advantages that pay off in fast corners.

In addition, the M4 GT3 in Portimao – as in the pre-season tests – actually had a higher top speed than the competition. In some cases, this was eight km/h. This is because AVL, which is responsible for the Balance of Performance, had to give the car a bit more steam on the straights because it was losing time in the corners.

Incidentally, the BMW camp is also confident about the Lausitzring weekend. “The Lausitzring will be good for us, tracks like Spa too”, that race tracks with fast corners should suit not only the predecessor but also the M4 GT3.

The South African had also hoped for victory last year, but then struggled with tyre degradation on the rear axle after pole and a few leading kilometres. A problem that should be less acute this year – at least that’s the hope. “The car is just more consistent on a long run now and is much better on tyre wear, it’s much smoother with the rear tyres. “

The big degradation at the rear axle was always “an issue” in the M6 GT3, while the new M4 GT3 is “very stable” in that respect, says van der Linde. “That’s the biggest improvement for the driver. And you can drive every lap very consistently, drive a clean line, catch the braking points – and know exactly what to expect from the car. That’s the most important thing in a car.”

The M4 GT3 behaves “better in all conditions, but especially racing,” says the BMW factory driver. “That’s where the step up from the M6 is the biggest.”

What he says about the top speed superiority? “A car like ours achieves its lap time a bit differently,” van der Linde clarifies. “And in BoP racing you have to balance all that to get to the same lap time. Personally, I think we will always need a bit more top speed than an Audi or a Mercedes. “