Haaland feels pressure from BVB: “Must make a decision soon” 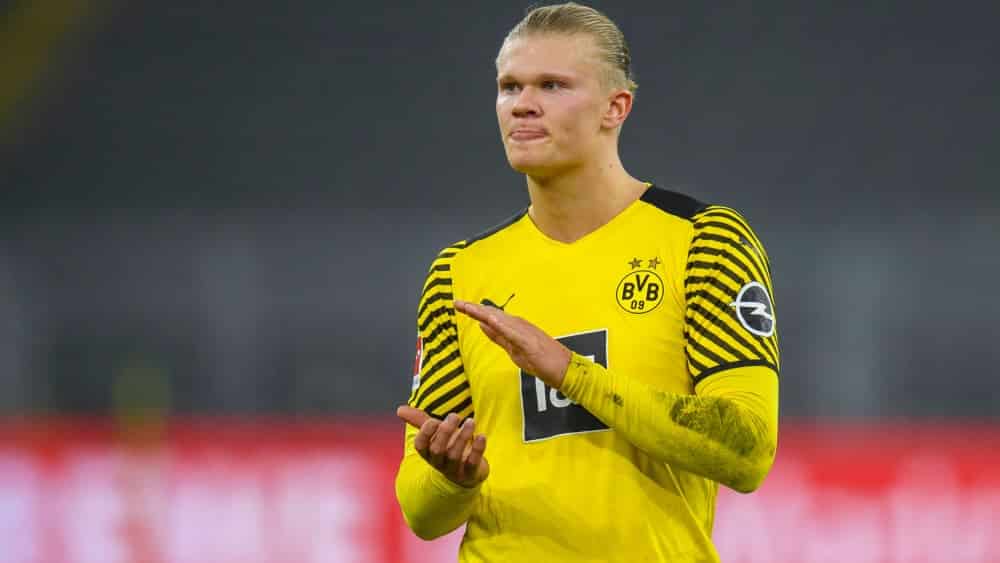 Erling Haaland still spoke out on Friday evening after the clear 5:1 against SC Freiburg about the mind games regarding his future – and chose clear words about his employer Borussia Dortmund. The club is pushing him – and that is precisely why he must “make a decision soon”.


For many weeks, the future of Erling Haaland off the field has been the defining topic at BVB: Will the Norwegian stay beyond the summer? Or will the Norwegian even extend his contract, which actually runs until 30 June 2024?

Haaland himself has remained very quiet all this time, but after the clear 5:1 victory over Freiburg on Friday evening, in which Dortmund’s goal factory scored a brace after two league games without a goal, he spoke about his situation in an interview with former Bundesliga professional Jan Aage Fjörtoft on the Norwegian streaming channel “Viaplay Fotball”.

“All I want to do is play football, but I can’t do that “

“The club has started to put pressure on me to make a decision,” Haaland explained. “But I really just want to play football.” He added that he had “not said anything for the last six months out of respect for Dortmund” after his Bundesliga goals 54 and 55 in 56 appearances. A decision is now said to be imminent: “That’s what the club wants – and it means things will happen now.”

Haaland, who scored the Black and Yellows’ 2000th Bundesliga home goal with his 4-1 this matchday (only Bayern have more with 2629), can leave the reigning DFB Cup winners in the summer via an exit option despite an existing contract until 2024. And BVB officials have repeatedly stressed recently that they want to sit down with Haaland and his entourage soon to clarify the future of the striker’s jewel.

The player himself actually wants to “concentrate on football, because I can do that best when I have no other thoughts in my head. Now they are putting pressure on it to get it going now”. The Norwegian would prefer to postpone a decision: “We are in a tough phase with many games, I really just want to play football, but I can’t. “

Watzke: “We can’t wait until the end of May “

Managing director Hans-Joachim Watzke has meanwhile already reacted to Haaland’s interview. “He is a spontaneous person, a young lad. He is allowed to do that. There is no problem with Erling,” the 62-year-old BVB boss told the “Ruhr Nachrichten”. “But he must also have understanding for our situation. We can’t wait until the end of May. “