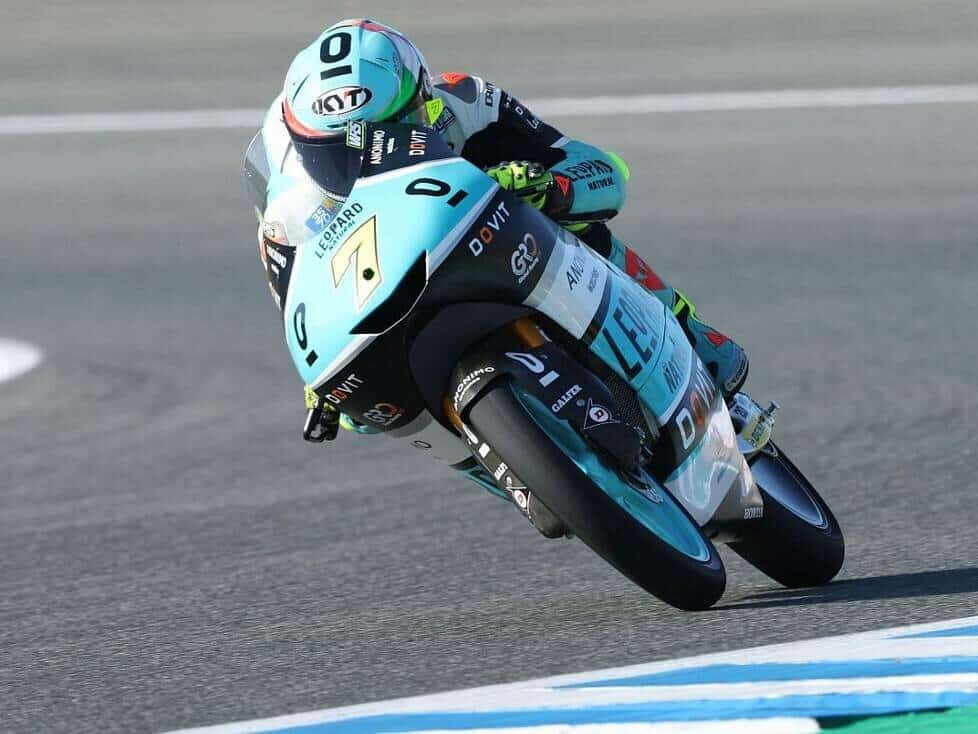 Moto3 runner-up Dennis Foggia (Honda) set the fastest time in the first free practice session for the French Grand Prix. After Foggia failed to score any World Championship points last time out in Jerez, the Italian now started the race weekend at the Bugatti Circuit in Le Mans as fastest with a time of 1’42.184 (Result.)

John McPhee made his comeback this weekend. The veteran injured two vertebrae in a training accident after the season opener in Qatar and had to take a long break. Now the Scot was back in the Husqvarna team.

In the Snipers team, Jose Rueda stood in for the still injured Alberto Surra this time. It is the Spaniard’s second Grand Prix, as last year he also took part in the season finale in Valencia.

The sun was shining in the morning, but with just over eleven degrees Celsius it was still cool. Rain is not forecast for Friday. The riders were busy doing their laps, as dry practice sessions have been a rarity at Le Mans in the recent past.

Overall, it was a good start to the weekend for Honda. Riders from the Japanese brand took the first three places. The Leopard team was at the top. Foggia was 0.277 seconds faster than Tatsuki Suzuki. Veteran Andrea Migno lined up third.

Le Mans in the sunshine

The strong GasGas team featured Izan Guevara in the top spot in fourth. His teammate Sergio Garcia, who leads the World Championship standings, was a close second behind. That meant twelfth place.