HomeSerie AMilan don't celebrate on the sofa: Lautaro keeps Inter in the championship...
Serie A

Milan don’t celebrate on the sofa: Lautaro keeps Inter in the championship race 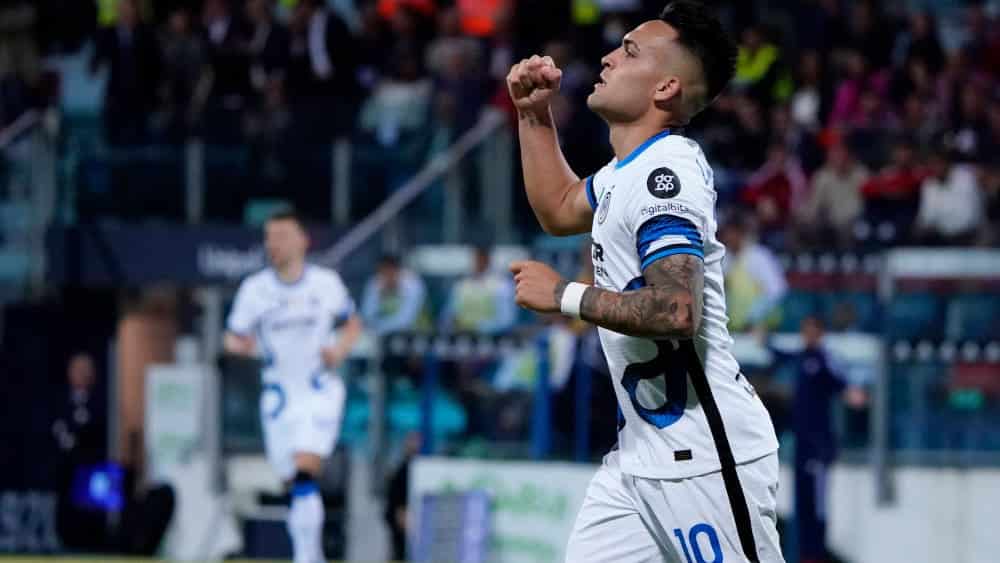 Inter Milan didn’t make city rivals Milan champions on the sofa. The Nerazzurri lived up to their role as favourites on the penultimate matchday at relegation candidates Cagliari Calcio. But it wasn’t easy.

Cagliari Calcio, who are still aiming to stay in Serie A, sold themselves dearly overall against reigning champions Inter. Apart from a few phases of pressure with too few high-calibre goals, they still could not seriously work towards a surprise win against the Milanese, and the intervening beam to make it 1:2 from Lykogiannis (53rd minute) did not help either.

In short: The individual quality of the Nerazzurri, who had been under pressure to win hours earlier because of the 2-0 victory of leaders Milan against Atalanta, was simply too high. If Lautaro Martinez, in particular, had been more consistent with his chances, it could have been more than 3:1 in the end.

In the end, however, it was enough that the defence kept its grip in the decisive moments and that Darmian, after an initially disallowed goal by Skriniar (11th, handball after VAR intervention), scored with a fine save from Perisic’s cross to make it 1-0.

Subsequently, Lautaro also scored twice in front of the Sardinian box and in front of keeper Cragno. The Argentine first scored after a long shot and good body work against Altare to make it 2-0 in the meantime (51st), before the striker scored his 21st goal of the season in the final phase with a lob after a beautiful assist from Joker Gagliardini (84th).

The result also postponed the championship decision until next week, when Inter must win against the already rescued Sampdoria Genoa on the 38th and final Serie A matchday and at the same time hope for a slip-up by rivals Milan at Sassuolo Calcio.
Sassuolo Calcio. For Cagliari, meanwhile, salvation is still possible as they sit in a relegation spot.