Michael Schumacher’s 1990 DTM ramming kick against Cecotto: Was it intentional? 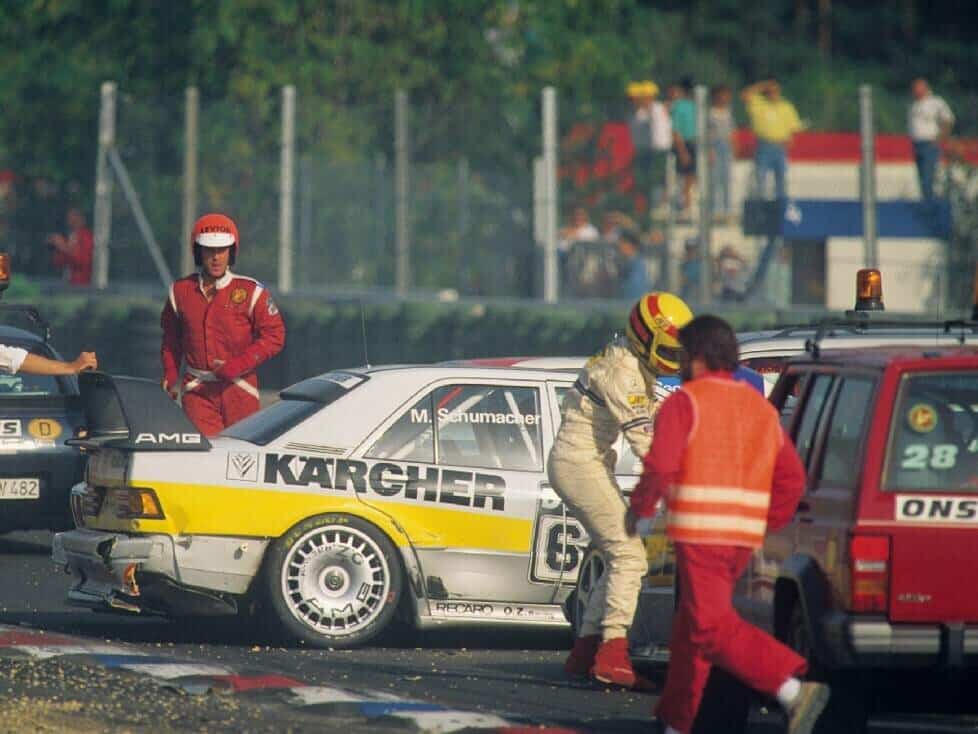 How Hans-Joachim Stuck feels today about Michael Schumacher’s legendary ramming kick against Johnny Cecotto, which brought him the DTM title in 1990

It was one of the very big upsets in DTM history: Michael Schumacher shoots down championship-leading BMW driver Johnny Cecotto in the first corner at the first race of the title finale in Hockenheim in 1990 – making Audi driver Hans-Joachim Stuck the champion. To this day, the Venezuelan believes it was intentional, because Mercedes wanted to help Kurt Thiim or Klaus Ludwig to the title – but Stuck contradicts.

“It was definitely not intentional,” says the 71-year-old Bavarian in an extensive video interview, “Michael and I talked about it a few times. He was sorry about it, too, because it was his first time – and he didn’t want to give himself a bad name by doing anything.”

But how does Stuck explain that Schumacher, who started from 15th place on the grid, took a shortcut across the grass in the first corner and hit Cecotto, who had started from ninth place, like a torpedo? “Michael was just keen to drive – and wanted to try it anyway,” said Stuck about the controversial manoeuvre.

Schumacher had come to his DTM debut in a Kärcher car at the time as a Mercedes junior at the manufacturer’s invitation. Cecotto led the championship by 19 points ahead of Stuck. And curiously, there were already rumours about Schumacher before the weekend.

As the then DTM commentator Rainer Braun writes on ‘zwischengas.de’, the Portuguese AMG manager Domingos Piedade is said to have jokingly said to his buddy Cecotto on the Friday before the weekend: “My friend, that’s not going to happen with your DTM title. We brought Schumacher with us, he’ll hit your car in the first corner and that’s it.”

Bitter irony that it actually turned out that way. And no wonder that even many years later Cecotto didn’t believe it was a coincidence: “I think Hockenheim was intentional. It was unbelievable, because he was far behind, but he managed to hit me full on over the grass in the first corner. Really incredible!”

Stuck underlines his statement that Cecotto is wrong about Schumacher: “He’s wrong, for sure. I talked to Johnny about it too – and also to his son a couple of times. The luck we had was his bad luck, really!”

Cecotto was allowed to compete after all due to the race being abandoned and a change to the replacement car at the restart, but he had to start from the very back and scored no points, while Stuck led an Audi triple ahead of Mercedes drivers Thiim and Ludwig. With another victory in the second race, Stuck then finally crowned himself champion – twelve points ahead of Cecotto.

Why Stuck still had to tremble for his victory and the title in the final metres of the 1990 DTM season and why his Audi V8 Quattro would not have lasted a lap longer.