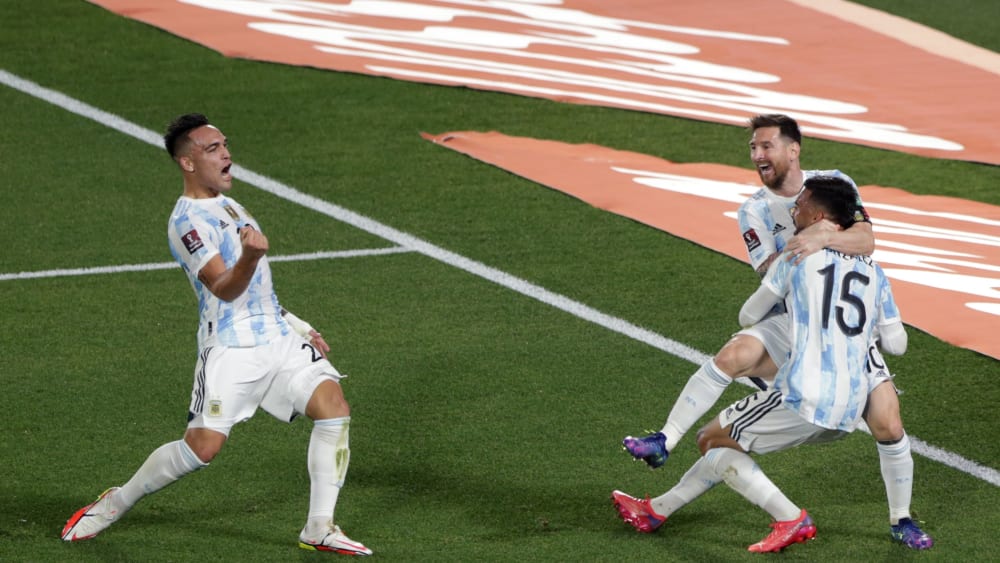 Argentina won their neighbourly duel with Uruguay outright, while arch-rivals Brazil were held to a draw in Colombia. There was rare jubilation in Venezuela.

After winning all nine of their previous qualifiers for next year’s World Cup in Qatar, Brazil failed to score three times in a 0-0 draw in Colombia, while Argentina beat Uruguay 3-0 to take full advantage.

At the Monumental Stadium in Buenos Aires, six-time World Cup winner Lionel Messi made it 1-0 in a clash of two two-time World Cup winners, his 38th-minute pass into the penalty area slipping past friend and foe and into the net. The other goals were scored by Rodrigo De Paul (44th) and Lautaro Martinez (62nd).

Neymar announces Qatar will be his last World Cup

For Brazil, Ajax Amsterdam substitute Antony had the biggest scoring chance of the match in the Caribbean port city of Barranquilla. He failed to score from close range in the 84th minute against opposing goalkeeper David Ospina. Ospina had already saved Neymar’s shot from the edge of the penalty area in the 5th minute.

It was – apart from a pass to Lucas Paqueta, who just missed the goal (13th) – the most striking scene of Messi’s team-mate at Paris St. Germain. Neymar, however, made headlines off the pitch: In a documentary by the streaming service DAZN, which appeared on Sunday, he says that the World Cup in Qatar from November 2022 will probably be his last. The 29-year-old stresses that he does not know whether he will still have the mental strength to devote himself to football after that.

The Seleçao remain unbeaten at the top of the South American World Cup qualifying group with 28 points from ten matches. Second place in the “Eliminatorias” is occupied by Argentina with 22 points. Colombia, who have already played eleven of their 18 matches, are in fifth place with 15 points – one place and one point behind Uruguay. The first four of the ten teams qualify directly for the World Cup finals.

There was jubilation in the basement of the table. Bolivia (1-0 win against Peru) and previously winless Venezuela (2-1 win against Ecuador) were able to celebrate. Chile improved their situation with a 2-0 win over Paraguay, but remain in third last place.