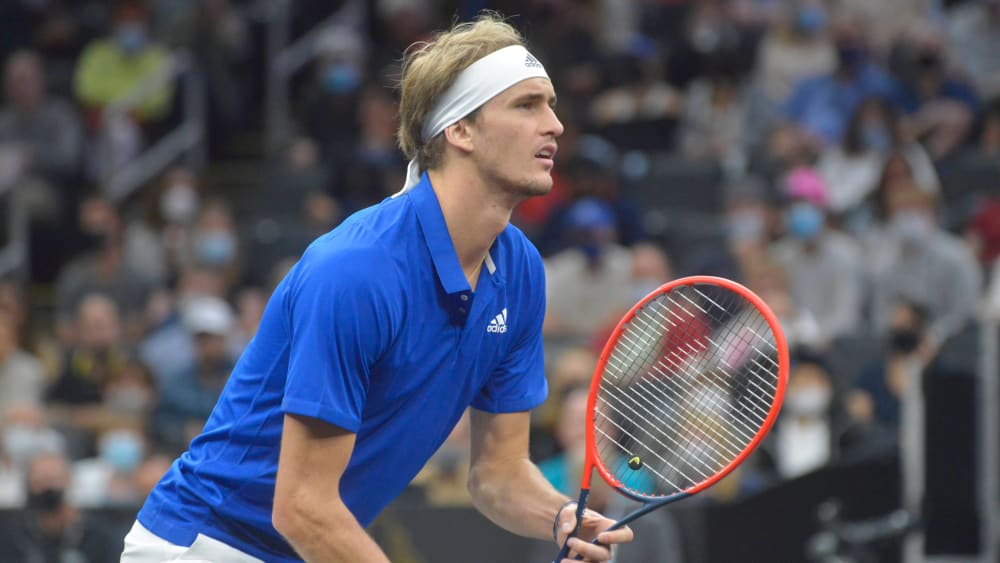 Won opening match, qualified for ATP Finals: Despite a weaker second set at the Masters in Indian Wells, Alexander Zverev succeeds in his start into the tournament. Now it’s against the only one of the big four he has never won against.

For his reward for the sovereign victory against the up-and-coming US pro Jenson Brooksby, Olympic tennis champion Alexander Zverev got his ticket to the ATP Finals – and a duel with Andy Murray. After a weaker second set, the 24-year-old from Hamburg clinched a 6:4, 3:6, 6:1 victory at the Masters in Indian Wells and will now meet the three-time Major winner from Scotland in the third round in the Californian desert. “Andy is playing very good tennis right now and I’m looking forward to the match,” Zverev said – but there are much easier tasks than the 34-year-old Brit.

After his small comeback in the 5:7, 6:3, 6:2 against Carlos Alcaraz from Spain, he reminded of the last of his two victories in two duels with the German No. 1. At the Masters in Cincinnati, he defeated Zverev in three sets in 2020. “I didn’t feel very good there and I won,” Murray said, referring to the fact that Zverev reached the final of the US Open a little later. “I can take confidence from that. If I play a top-class match, I’ll be all in.” Zverev is “a top player, he had a good summer after Wimbledon with the Olympics and a good run in New York. It won’t be easy for me, but I’ve played good matches against him in the past.”

In fact, Murray is the only one of the quartet of the big four with Novak Djokovic, Rafael Nadal, Roger Federer and him that Zverev has never won against. “It’s crazy how well he’s playing again, how well he’s moving again,” Zverev said appreciatively in the Sky interview about the man from Glasgow, who had already ended his career once because of persistent pain in his hip.

Zverev is the last remaining German in the field at the $8.76 million hard-court tournament in California. Jan-Lennard Struff lost in the second round to Italian 25th seed Fabio Fognini 4:6, 6:4, 3:6. Philipp Kohlschreiber, Daniel Altmaier and Dominik Koepfer had already been eliminated earlier. In the women’s singles, Angelique Kerber is the last German left in the field.