HomeMotorsportsMarquez comeback still in 2022? "Would be important for him and Honda,"...
Motorsports

Marquez comeback still in 2022? “Would be important for him and Honda,” says Puig 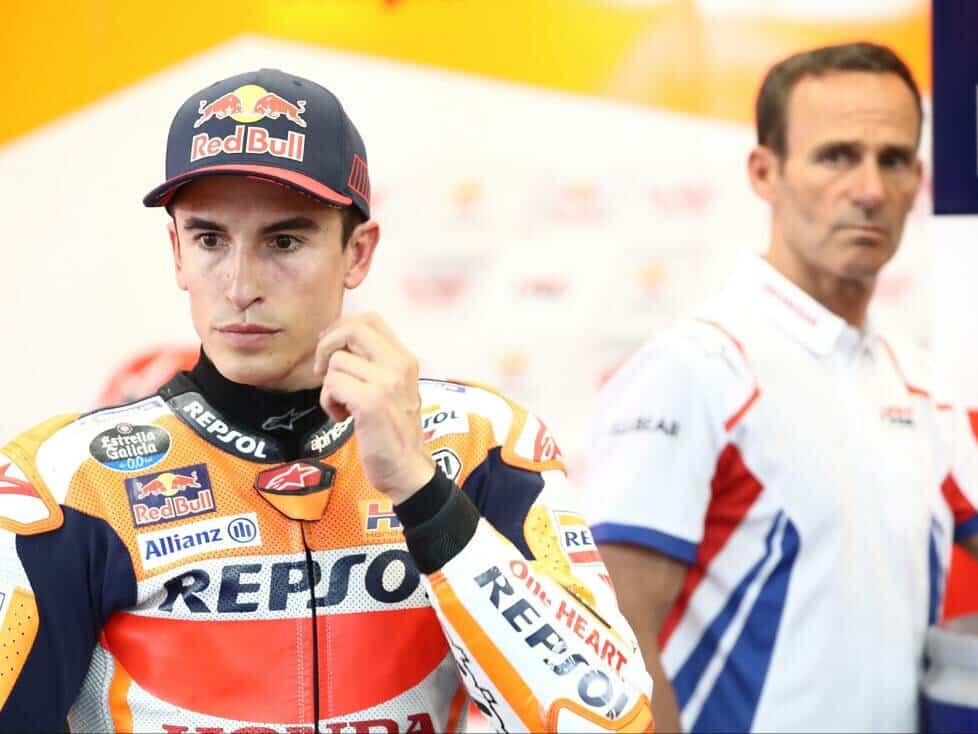 Marquez’s recovery is progressing positively, but when he will be able to return remains an open question – Honda hopes to be able to test with him this year

While Marc Marquez was unable to compete in the German Grand Prix at one of his paradise tracks, the Sachsenring, this year. But there was still positive news from the Spaniard last weekend.

After the fourth operation on his right upper arm a fortnight ago, he recently underwent a first medical check. The doctors’ feedback on the initial progress after the operation was positive.

Marquez himself also had his say. “I had a medical check-up in Madrid and the doctors are satisfied. My arm is immobilised and it will stay that way for the next few weeks. My feelings are positive so far because I have no pain, which is very important,” the Spaniard is quoted as saying.

Marquez must continue to exercise patience

“So I can rest and follow the doctors’ rules: eat healthy, drink a lot and try to be out with our dogs, because it’s important that the body is not idle. The most important thing my doctors have given me is to be calm and patient.”

He said the medical team had recommended continuing “with controlled exercises” for the next four weeks. After that, Marquez will face his next check-up, he said.

When the six-time MotoGP champion will be able to get back on a motorbike remains unclear for now. Honda hopes, especially given the current performance issues, that Marquez will be able to return to action by the end of 2022 to help develop the next bike for 2023.

Despite that, they don’t want to rush things. “It takes time for the bone to strengthen again,” stressed Honda team manager Alberto Puig in an interview with ‘DAZN’. “The most important thing is that there are no complications, everything is going very well.”

“Little by little he has started to move his hand and be active. He is not lying on the couch,” he revealed about Marquez’s recovery. “He feels good, and when you don’t notice anything and the days go by without pain, it’s very positive.”

Puig does not rule out that Marquez could return by the end of the current season. “We don’t know, but the doctor has already said that he can return if the bone is consolidated and the CT scan shows that there is no problem,” he explained of the condition for a comeback.

“It is very important for him to come back and test the bike until the end of the season. We have training and testing that is important for development. “

Honda test rider Stefan Bradl is currently filling in for Marquez until he is able to return to racing. Last weekend at the Sachsenring, the German was the only Honda rider to see the chequered flag in 16th place.

For the first time in 40 years, Honda failed to score a point in a premier class race. They are last in the manufacturers’ standings. And so the anxious gaze is already directed towards the next season and the comeback of Marquez, the guarantor of success.

In 2022, however, the factories have only one official test left to prepare their prototypes for 2023, and that is one day in Valencia after the season finale. If Marquez is unable to return by the end of the season, he will not be able to ride the new Honda until the pre-season tests in February.