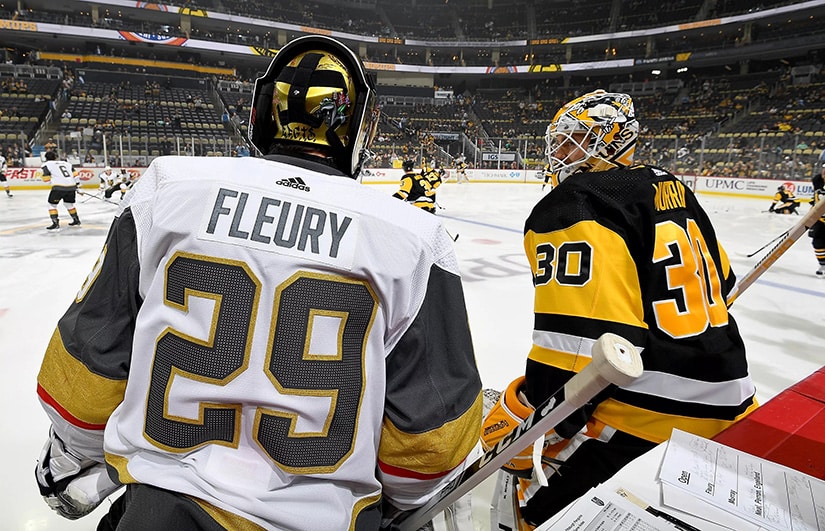 You can’t blame the Capitals for not scoring. On opening night, they put seven past Boston in a 7-0 victory. Last night, they added six more, only this time, they were on the wrong end of the stick.

Ups and downs, smiles and frowns, Penguins win in overtime

A visit to Pittsburgh never lacks excitement for the Washington Capitals and it was no different last night. The rivals played a wild game which reminded of a “Rocky” movie. Both teams exchanged punches from start to finish until one strong hook landed the final blow. That hook was Kris Letang’s power-play game-winner, 1:20 into overtime.

Bet on Pittsburgh vs Montreal with bet365

“It was a tough game to feel good about yourself,”

It was the defenseman’s second goal of the night. He also scored the first goal of the second period to tie the game at 3-3.

As you would imagine, the game was filled with defensive errors, mental lapses and miscues. Jonathan Bombulie from Trib Live said it best:

“If the Pittsburgh Penguins play 81 more games like this, Kris Letang will have a big smile on his face and coach Mike Sullivan won’t have a hair left on his head.”

The Pittsburgh Penguins held what seemed like a comfortable 6-4 lead with 13 minutes remaining, but T.J. Oshie scored two goals in a span of 20 seconds to force overtime. There, Evgeny Kuznetsov was penalised for hooking Sidney Crosby and the home team capitalised on the power play. The goal gave Letang three points on the night, bringing him into a tie with Paul Coffey atop the team’s all-time defenseman scoring list with 440 points.

What’s next for Penguins and Capitals?

Pittsburgh welcomes Montreal on Friday night, while Washington has a rematch with Las Vegas on October 11.