HomeMotorsports"Less grip" for Esteban Ocon: Is that why he was slower than...
Motorsports 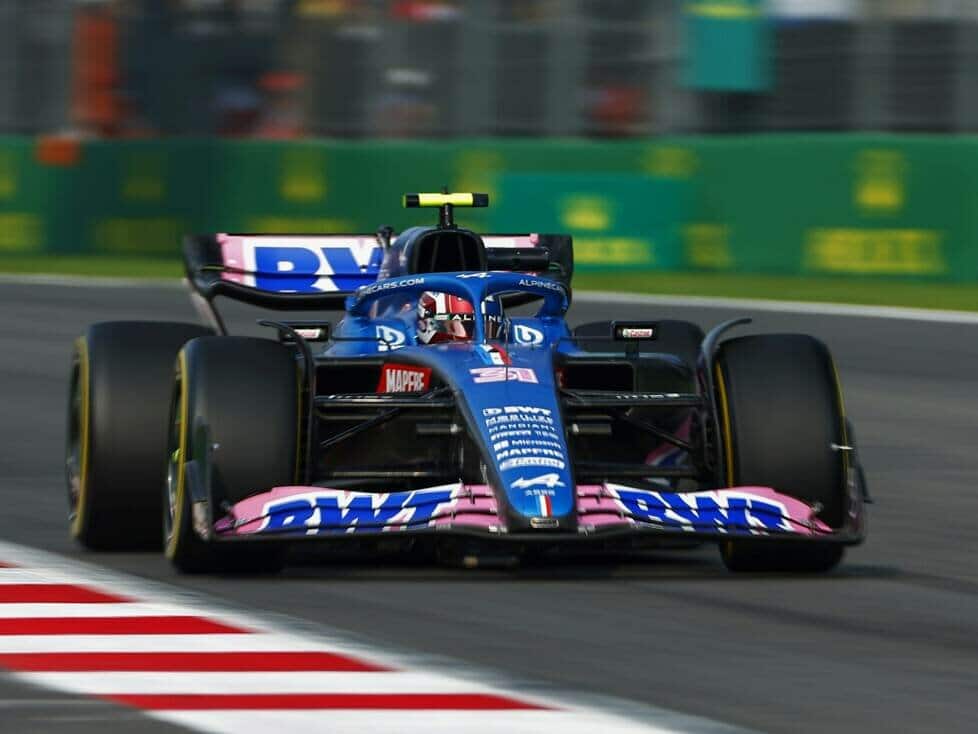 Esteban Ocon is pleased to have returned to his normal level of performance at the 2022 Mexican Grand Prix after finishing 18th in qualifying in Austin a week ago. The Alpine driver finished tenth in Saturday’s qualifying session, 1.235 seconds behind pole-sitter Max Verstappen and 0.071 seconds behind team-mate Fernando Alonso.

“It’s good to be back at a good performance level after Austin,” he said. “We worked hard to find performance and we really found a bit of something. Not enough, because there’s a McLaren in front of us. They are a bit faster than us this weekend.”

Alpine sits fourth in the Constructors’ Championship with three races to go, eleven points ahead of immediate rivals McLaren. In Mexico, Alpine will start from positions 9/10, McLaren from P8/11 (Lando Norris ahead of Daniel Ricciardo).

“It’s going to be an interesting race because the cars we’re fighting in the WRC are all so close,” says Ocon.

The fact that Alpine is not clearly “Best of the Rest” this weekend, but that Alfa Romeo in particular, with Valtteri Bottas in 6th, and McLaren too are at least on a par, surprises Ocon “from Alfa, yes,” but “not from McLaren. They were always fast,” he says.

“With Alfa Romeo, we didn’t expect them to be so far ahead. But it was a super qualifying from Valtteri,” Ocon praises and adds: “McLaren is fast. We have to look at them. I can’t say about Alfa. I expect them to be fast after this qualifying. For us, the fight against McLaren is the most important thing, to get as many points as possible.”

In the first and third sectors, Ocon was 0.081 and 0.027 seconds quicker than Alonso, but in the demanding middle sector with the medium-fast passage from turn 7 to turn 11, he lost 0.181 seconds.

Was the wind the decisive factor?

“I just had less grip in Q3,” analysed the Frenchman. “It felt different to Q2. Fernando went out earlier in the session. Maybe he had less wind there. It’s really small things sometimes, every tenth counts. “

Reacting to the constantly shifting wind was “hard work” on Saturday, “with the brake balance, with the angle of the flaps. It wasn’t a constant qualifying where you just get faster with every run. The conditions were constantly changing,” Ocon reports.

He can rule out one reason as the cause of his narrow defeat to Alonso, against whom he is now trailing 8-12 in the 2022 qualifying stable duel: that he ran out of breath at an altitude of a good 2,200 metres. “I’m lucky that I do altitude training every winter. In the Pyrenees. I don’t mind,” Ocon waves it off.

As for the new Pirelli tyres for 2023, which all the teams were able to test extensively on Friday, his verdict, by the way, is that they are “pretty similar” to the 2022 tyres. And he praises: “The front tyres are maybe a bit better than what we have now. That was the goal. But it’s not a big difference. “