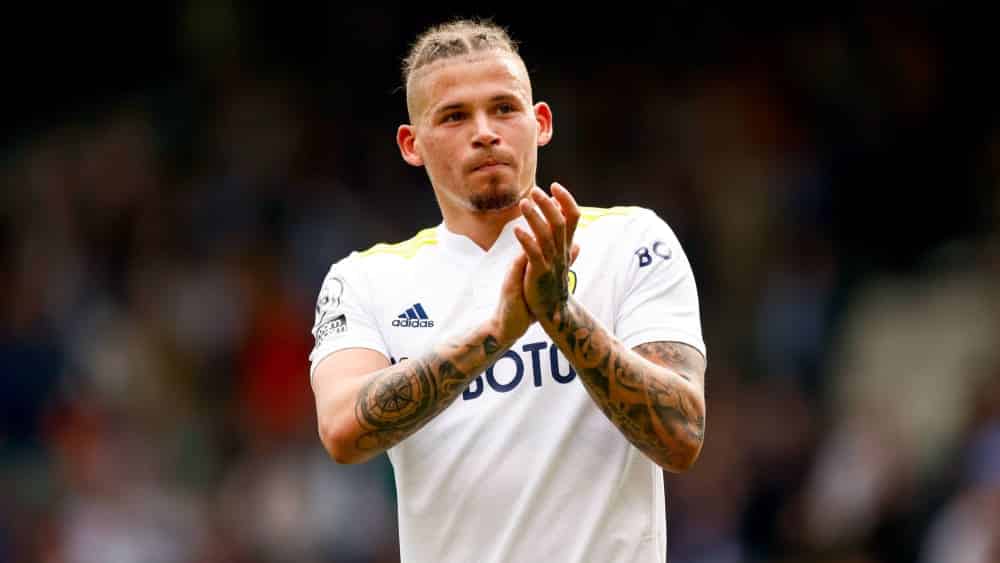 Manchester City have announced the signing of Kalvin Phillips. With this, Leeds United not only lose an England international, but also an identification figure.

Leeds United have to accept a bitter loss: Kalvin Phillips is moving within the Premier League and will in future wear the jersey of the current English champions Manchester City.

The 26-year-old came from the youth academy of Leeds United, made his breakthrough there, gained promotion to the Premier League and matured into an England international. With Phillips, the team of coach Jesse Marsch not only loses a regular player, but also a figure of identification. For more than ten years, the defensive midfielder, who was also born in Leeds, wore the colours white and blue – in future, the blue will be a little brighter: namely “Skyblue”.

“City have once again proved themselves to be the best team in the country, with an amazing squad and a coach in Pep Guardiola who is rightly regarded as the best in the world,” Phillips is quoted as saying in the club’s statement. “Playing under Pep and learning from him and his coaching staff, as well as being part of such a fantastic team, is something I’m incredibly excited about. “

Since Phillips still had a contract with Leeds that was valid until 2024, a transfer fee was due. According to media reports, this amounts to 49 million euros plus bonus payments. At his new club, where he has signed a contract until 2028, the newcomer is expected to take over from Fernandinho (37), who is leaving City after nine years for his Brazilian homeland.


Phillips is the third new signing for the Citizens after attacker Erling Haaland (Borussia Dortmund) and substitute keeper Stefan Ortega Moreno (Arminia Bielefeld). In addition, attacker Julian Alvarez, who had already been signed from River Plate in the winter but was still loaned to his former club for the rest of the season, joins the team. In return, Gabriel Jesus moved to Arsenal.

Leeds, on the other hand, have already signed a new midfielder in Marc Roca from FC Bayern, but another is expected to help absorb Phillips’ departure. Tyler Adams from RB Leipzig is one of the players being discussed.