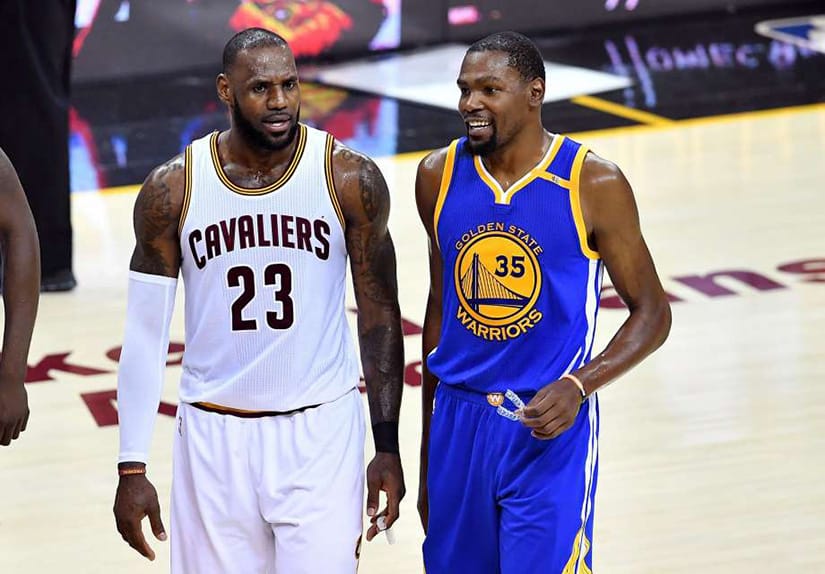 LeBron James and Kevin Durant were spotted leaving an L.A. bar at the same time, prompting immediate discussions over a potential link-up a year down the road.

Kevin Durant was a free agent entering this off-season and opted to re-sign with the Golden State Warriors on a one-plus-one deal, which he can opt out of at the conclusion of the 2018/19 NBA season. LeBron James recently left Cleveland to sign with the Los Angeles Lakers, a team in the midst of a five-year playoff drought. In the meantime, the rich got richer when the DeMarcus Cousins decided to sign with the Warriors, further increasing their already high odds in winning the title.

“The single best play to even the playing field for LeBron is to get Kevin Durant to sign with the Lakers,”

“That is the single best move on the board because it hurts the Warriors and it helps him.” – ESPN NBA expert Zach Lowe

Exactly. It is why a simple, innocent dinner between the two becomes a global headline. As fun as the Warriors are to watch, fans want competition, so they would love nothing more than breaking up Golden State’s winning team.

A potential Kevin Durant move to Los Angeles is not out of the realm. Nobody thought Durant would join the Warriors a couple of years ago, but he did. The main reason why he did it (other than winning titles) was to play with equally talented teammates. Who’s to say he would refuse the opportunity to team up with one of the all-time greats before he retires?

One thing’s certain. The Lakers are only beginning their quest for an NBA Championship. This summer was extremely important. Landing LeBron James was all the dedicated Lakers fanbase could hope for. Next summer will be crucial, though. Kawhi Leonard, who was recently traded to Toronto, and Kevin Durant could both become free agents. If Magic Johnson can get at least one of them to bite the bait, the Lakers suddenly become a real threat to Golden State’s dominant dynasty.