Krösche: “Hasebe has become a key” 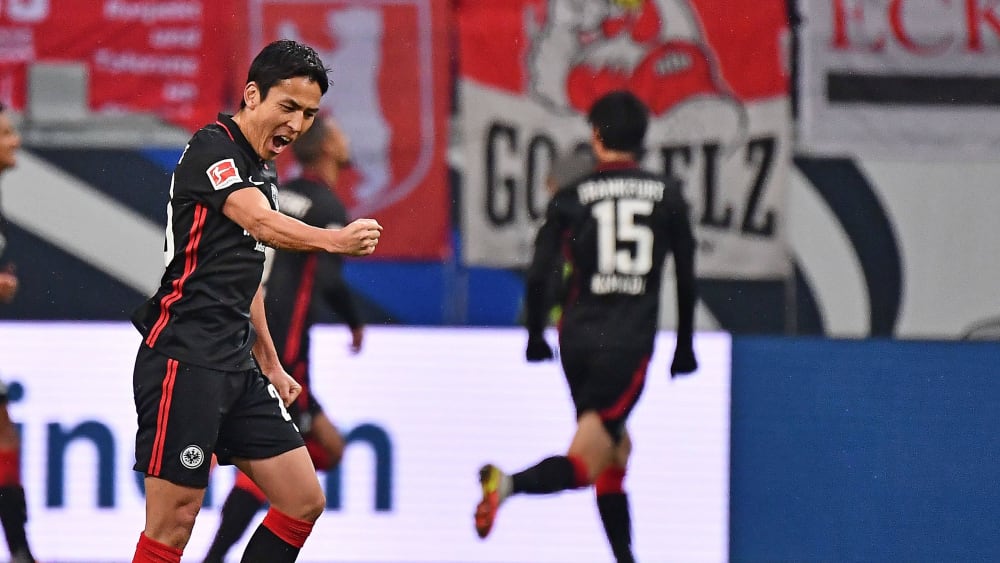 Ever-improving automatisms, personnel continuity, rising form curves of individual players and a generally increased self-confidence – there are several reasons for the upswing of the past weeks. One important factor is – once again – Makoto Hasebe, whose career autumn has been a springtime.


The soon-to-be 38-year-old Japanese played 90 minutes three times in the past English week – a performance that cannot be rated highly enough. Hasebe’s experience, calmness and playful class help the team immensely. The footballing development is not only, but also related to the positioning of the former midfielder in the centre of the three-man defensive chain. “Makoto is one of our best footballers in the squad, especially in the build-up to the game. In recent weeks he has become a key to the way we play football,” praised Markus Krösche after the 2-1 win against Union Berlin. Hasebe’s routine and leadership qualities also seem to benefit the young centre-backs alongside him, Tuta (22) and Evan Ndicka (22). The sporting director explained: “Makoto is an extremely intelligent player with an incredible amount of experience. He manages to steer the other boys through his coaching so that he can concentrate on his strengths. “

Coach Oliver Glasner now faces a luxury problem in defence. Crowd favourite Martin Hinteregger has always been set since his move to Eintracht in January 2019. Most recently, he had to take a break due to ankle problems, which is why he was not in the squad in Freiburg and against Antwerp, and against Union Berlin he sat on the bench for 90 minutes. According to Glasner, Hinteregger had only trained with the team on Friday and Saturday. Now the question is whether Hinteregger can regain his place. Hasebe’s qualities in the build-up to the game and his strategic skills as a leader and thinker speak in his favour, while Hinteregger is the better tackler. According to the data provider “Opta”, the Austrian has won an average of 62.0 per cent of his duels this season, while Hasebe has only won 40.8 – a striking difference. “With his experience, Hasebe anticipates many situations very well. He also brings the team forward in terms of football. Hinti is the greater tackler via his robustness. “

In the upcoming English weeks, both defensive players are expected to get stints from the start, as the crunch programme with five competitive games within 15 days might be a bit too ambitious even for veteran Hasebe. For Glasner, the situation is comfortable: Depending on the opponent, he can decide which qualities are more in demand in the centre of the three-man chain. The coach also has a free choice on the other positions. The fact that all professionals are fit and ready for action despite the double burden is extraordinary and speaks for a good load management in training.