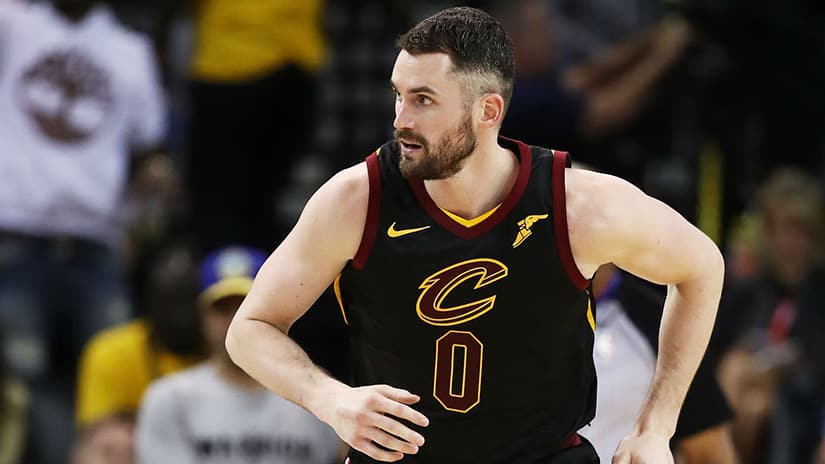 In three years, the Cleveland Cavaliers have gone from trio to duo to solo. Three alpha men shared the court. Now, only one remains – Kevin Love.

Kevin Love – the centerpiece of Cleveland’s near future

Kyrie Irving left for Boston last off-season and this one, LeBron James made the announcement he’ll be leaving Cleveland while Kevin Love was on vacation. In a recent phone interview with CBS Sports HQ, Love said he found out about LeBron’s decision like everybody else – through social media.

“I was sitting there, having my lunch… looked at the phone and it [LeBron James’ decision to leave] popped up on my screen.”

“Immediately after that, 5-10 minutes, I decided to drop Bron a little note and congratulate him.”

While most people assumed Cleveland would trade Love and go into a full rebuild mode, the front office had other ideas. They offered the veteran a four-year contract extension and sold him on a future centered around him. He said the main reason why opted to stay in Cleveland was because the ownership decided against tanking and wanted to remain competitive.

“It’s not like I forgot how to play basketball”

Kevin Love averaged 17.1 points and 10.0 rebounds in four seasons in Cleveland as the tertiary option, a far cry from the 26.1 points and 12.5 rebounds he averaged in Minnesota as the go-to guy. When asking Love about his role in the team this season, host Bill Reiter mentioned an interesting fact – the Cavs are 35-7 when Love scores 25 or more points.

“It’s not like I forgot how to play basketball. I can score the ball at a high clip,”

“But I’m gonna do whatever’s asked of me out there. I don’t expect to be top-five in scoring like I was, or even top-five in rebounding like I was. I’m looking to make the right play — I’m not setting those as goals, stats.”

“I’m gonna be looking a lot more to facilitate like I did in Minnesota.”

At the age of 30 and heading into his 11th NBA season, Kevin Love would probably struggle to repeat his Minnesota stats even if he tried to. However, there’s no doubt he’ll be asked to do much more offensively than he did while LeBron James was around.