HomeBundesligaKarazor faces up to six months in custody
Bundesliga

Karazor faces up to six months in custody 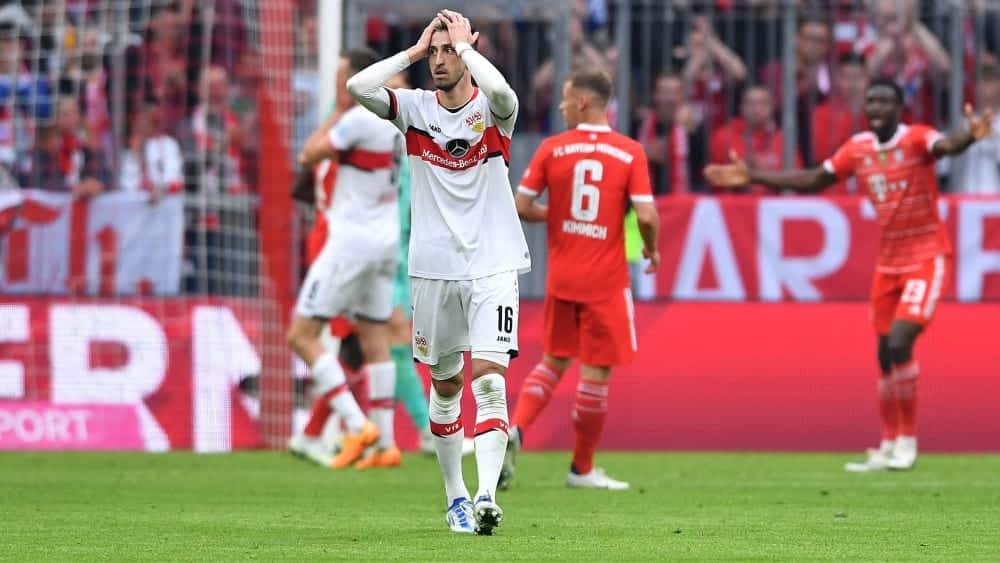 Atakan Karazor is accused of rape and is in custody on Ibiza. What’s next for the Stuttgart midfielder?

Together with a friend, also 25 years old, the VfB professional is alleged to have raped a young woman last Wednesday during his holiday on the party island of Ibiza. This was reported by several media outlets with reference to the 18-year-old woman’s complaint, who went to a hospital for examination after the crime. The traditional club is following the developments closely. The public statement has so far remained brief. The presumption of innocence applies, and they are “in constant contact” with the lawyers of the player, who “denies any criminal offence”. More cannot be said at the moment.

A sword of Damocles hangs over Karazor’s career. Just when he seems to be taking off at VfB. In the second half of the season, Karazor had risen from a supplementary player to a key player and even became the focus of the Turkish national team. After the change of the system to a four-man backline and a six-man in front of the defence, Karazor had become an important factor as an interceptor in front of the back line in the fight against the threat of relegation. The 25-year-old felt that the successful relegation was the highlight of his career so far, which could now be severely damaged. Karazor faces far-reaching consequences, especially as Spanish sexual offence laws were only tightened up in May.

“If the suspicion of rape is substantiated, there is the possibility of a long prison sentence,” explains Ingo Bott of the renowned law firm Plan A. In view of the many unanswered questions, it is impossible to say for sure how long. There are reports in various media about a possible release from custody on Monday. However, a longer stay is more likely. “That is not only possible, but probable,” says the lawyer from Düsseldorf who specialises in criminal law. Botts’ Spanish cooperation partner based in Mallorca, the lawyer María Barbancho, explains the procedure in her home country: “Especially on the Balearic Islands, pre-trial detention often lasts at least six months.”

This means that the Essen-born player, who grew up in the sub-teams of VfL Bochum and Dortmund Borussia before joining VfB Stuttgart via Holstein Kiel in the summer of 2019, would be out of the running as a player for the time being. It is doubtful whether the professional, who played 23 second division and 43 Bundesliga games for VfB in three seasons, will be able to join the preparation for the new season on 25 June, which starts with the first performance tests. “A reprieve is only realistically possible if the player observes strict reporting requirements,” explain Bott and Barbancho. However, the player does not have to be in Ibiza or Spain to do so. “He can also comply with these requirements at the Spanish consulate in Stuttgart.