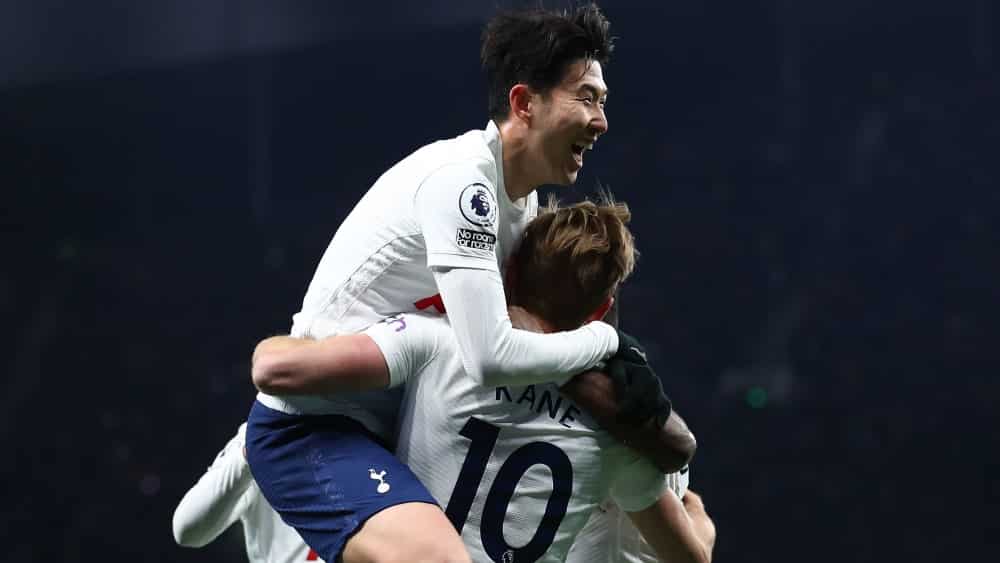 Tottenham took revenge for their disappointing cup exit at Middlesbrough with a goal festival. Spurs, who dominated at will against Everton, helped Harry Kane move past an Arsenal legend in the all-time goalscoring charts.

Antonio Conte’s side, who needed to make amends for their disappointing 1-0 FA Cup defeat to second division Middlesbrough, started the game against the relegation-threatened Toffees with just one change. After a disjointed first 15 minutes, the Londoners quickly gained a share of the game: Spurs defender Davies sent former Hoffenheim player Sessegnon to the baseline, from where he crossed sharply into the middle, where everything went wrong for Keane to clear. The 29-year-old hit an unstoppable shot into his own net as he tried to clear the ball from Kane (14th).


This misfortune marked the start of a completely miserable evening for coach Frank Lampard’s team. Just a few minutes later Kulusevski set up Son, who fired straight at Pickford from the edge of the box (17). While Everton were in shock after the double strike, Spurs continued to exploit their opponents’ high pressing. After Son had missed his next chance after a beautiful pass in front of Pickford (28th), Kane scored in the same manner only nine minutes later (37th). In first-half stoppage time, Everton centre-back Mason Holgate shot Keane, who had scored the own goal, in the face from close range, forcing him to be substituted and completing a pitch-black half for the Toffees.

The second half began much as the first had ended: After only 42 seconds, the ball came to the very good Doherty, who was allowed to pass unchallenged into the middle, where Reguilon, who had only come on as a half-time substitute, ran in and had no problems to increase the lead to 4:0 (46.). The 17th-placed team in the Premier League seemed to be still in the dressing room at this point, while Tottenham did not want to let up: A few minutes after the goal, Kane was again able to cross into the penalty area completely free after a wide corner, where Dier rose highest and only failed to hit the aluminium (54th).

Shortly afterwards it was Doherty again who set up Kane with a chip ball over the defence. Everton’s defenders again had no grip on the captain of the English national team, who took the chance and volleyed into the bottom right corner to make it 5-0 (55). Kane’s second goal of the evening also moved him past a legend of his great rivals in the Premier League’s all-time scoring list: With his goals 175 and 176, the 28-year-old has now scored one more goal than Arsenal’s former top striker Thierry Henry.

After the 5-0 scoreline, Spurs had had enough and, while they did create a few more chances, they were generally closer to a sixth goal than Everton ever were to a consolation goal. But goalkeeper Pickford was no longer in any great danger.

The match still had one highlight to offer: At 0:5, Frank Lampard brought on former Tottenham player Dele Alli. The England international, who had long been regarded as a top talent, had moved to the Toffees from London in the winter and was received with mixed reactions by the fans.

The emphatic 5-0 win allows Tottenham to cling to the Champions League places, with just three points separating Spurs from fourth. Everton, on the other hand, who could not even get dangerously close to Hugo Lloris’ goal in the entire match, are still only one point clear of the relegation places and urgently need to collect points in the coming weeks to keep themselves out of the relegation battle.